In a recent statement on a large-scale federal funding bill that President Donald Trump signed into law, he released a statement indicating he reserves the right to essentially ignore any provision of law approved by Congress that seeks to shield medical marijuana laws from federal interference. 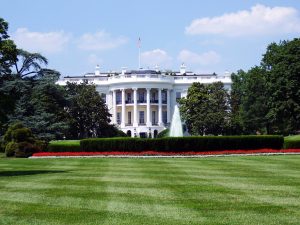 The statement notes that Division B, section 531 of the Act disallows the U.S. Department of Justice from using funds made available under the act to prevent medical marijuana cultivation and distribution by the various states and territories where it’s allowed. The Trump administration, the statement said, would treat this provision in a manner consistent with the president’s constitutional duty to execute federal laws in good faith. As it stands, marijuana is still classified as a Schedule I narcotic under the Controlled Substances Act.

Our Los Angeles marijuana lawyers don’t necessarily take this to mean the president will ignore the Congressional block on DOJ funds or that we’ll start seeing any enforcement crackdown efforts again soon as we did a few years ago under the Obama administration. In fact, it might not mean much considering presidents often will sign statements like these while flagging certain aspects they believe might be an impediment to executive branch authority.

Ambiguous though the statement was, it still warrants some degree of concern. The effect of it is that the executive branch has expressly declared that it can broadly enforce U.S. drug laws against people or marijuana businesses, even if they’re in total compliance with state marijuana laws and even though Congress has instructed the executive branch to use a hands-off approach.

Forbes reports this is the third time the administration has outright declared that it is not bound by the medical marijuana provision of certain appropriation bills. Thus, it would seem it’s a point the administration is intent on making, but it’s worth noting Trump officials haven’t launched any major act of enforcement against state-sanctioned marijuana companies since he took office. That latter aspect at least aligns with promises he made during campaign not to allow federal interference where states have approved their own cannabis laws.

The president was quoted in August as saying that the determination of marijuana legalization to any degree was one best answered by the states. He further said he “really” supports a congressional bill that would expand exemptions of the CSA as it pertains to state-legal marijuana cultivation, production, sales and possession.

Given these public statements, it’s unclear then why the president has taken the time to reserve the right specifically to disregard this provision of law almost every year in office. He’s done so with other congressional provisions such as one pertaining to restrictions on diplomatic actions, another regarding the closure of the Guantanamo Bay detention center and another on releasing information that might fall under executive privilege.

Congress has adopted a broad marijuana rider with federal funding bills since 2014, each pertaining not just to medical marijuana businesses and policies but also those in places like California that allow marijuana for recreational use. The bigger provision was dropped by the Senate from next year’s funding bill, as was another element that would have shielded financial institutions serving state-legal cannabis companies from federal sanction. There remained, however, language instructing the U.S. Food & Drug Administration to develop an enforcement policy for CBD products, as well as aspects that dealt with scientific research of marijuana.

A recent poll revealed 66 percent of Americans are in favor of marijuana legalization.