As legal recreational marijuana businesses continue to put roots in communities throughout California, employees and owners of these companies are increasingly looking to buy homes. But can they qualify? 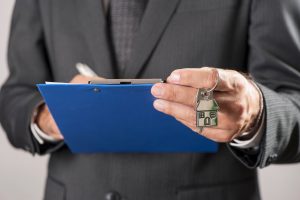 Los Angeles cannabis business lawyers can explain that residential mortgage for marijuana business owners may not be as tricky as commercial loans or rental agreements for marijuana companies. But owners and employees of marijuana companies have struggled to get approved for a mortgage loan because they are not allowed to factor income from the dispensary or other marijuana-related revenue. That all goes back to marijuana’s continued classification as a highly-restricted Schedule I narcotic at the federal level. Residential mortgages are federally-backed loans. That has meant that cannabis owners and their employees must clear numerous hurdles to qualify for a mortgage.

That said, as the industry grows (and the workforce with it), there are some options still on the table for these workers. It’s important for workers to understand home loan restrictions and alternative financing options.

Recently, one wholesale mortgage lender, Encinitas, quietly released the news that it would be accepting borrowers with cannabis-related income applying for home loans. Restrictions for at-home grow operations or farms would still remain in place. The terms are generous, though the interest rate you pay for such a deal is quite high.

Financiers recognize the marijuana industry is pulling in adequate funding. Taxable sales for Q2 of last year were more than $1.3 billion in California. Total state taxes were assessed at more than $330 million. There is growing recognition that those involved in marijuana growth, production and sale have money to invest in real estate. There are nearly 12,150 licensed cannabis companies in the state – including more than 1,330 in Los Angeles, 110+ in Orange County, 400+ in Riverside County, and more than 210+ in San Bernardino. Nationally, legal cannabis is the No. 5 crop in U.S. agriculture. That’s bigger than cotton. Legal cannabis revenue is projected to reach nearly $5 billion for all of last year. Legal sales just in California are expected to to reach $9 billion annually by 2025. Further, 48 states have legalized marijuana for medicinal and/or recreational purposes – a fact that doesn’t align with the federal government’s classification.

But are federal law enforcement agencies likely to pursue lenders who offer mortgages? Probably not. Per the Cole Memo, issued in 2014 during the Obama administration, it’s considered a low priority for federal enforcement. That doesn’t exempt banks from being required to submit reports on suspicious activity, given that any business stemming from marijuana is still technically unlawful. And they are probably going to charge higher administrative fees because of the potential risk of an overzealous prosecutor. But the SARS reports are generally going to shield them from liability risk, especially the longer these practices persist – or at least until the federal government passes legislation to declassify marijuana.

Although we do consider it great news that legal marijuana business owners in California are finally able to secure housing mortgages, it’s still unfair that they’re locked out of the same kind of rates as everyone else. But until federal legislation legalizes cannabis, this is likely to be the best compromise.

If you are considering buying property or renting to a cannabis operator, our dedicated Los Angeles marijuana commercial contract lawyers can help.

Yes, there are ‘marijuana mortgages’ for California borrowers, Nov. 4, 2021, By Jeff Lazerson, The OCR