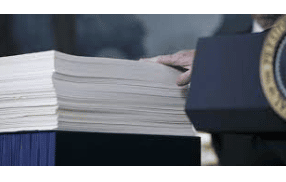 Two key congressmen made waves in the marijuana community on Thursday by disclosing that there are high-level talks underway about putting together a wide-ranging package of incremental marijuana proposals that House and Senate lawmakers believe could be enacted into law this year. But multiple sources tell Marijuana Moment that issues under consideration go further than the banking and expungements reforms that were at the center of the public discussion that has emerged.

The dueling pushes for comprehensive legalization and incremental reform—a source of tension among advocates, lawmakers and industry insiders over many months—may actually result in something actionable and bipartisan by the end of the current Congress, those familiar with the bicameral negotiations say. That said, no deal is set in stone and talks are ongoing.

In addition to the banking and expungements proposals that made waves when discussed publicly at a conference on Thursday by two key House lawmakers, there are also talks about attaching language from other standalone bills dealing with issues such as veterans’ medical cannabis access, research expansion, marijuana industry access to Small Business Administration (SBA) programs and broader drug sentencing reform.

As Senate Majority Leader Chuck Schumer (D-NY) has continued to work with colleagues on a broad legalization bill, he’s also been actively inviting input from members across the aisle.

That feedback might help inform the final Cannabis Administration and Opportunity Act (CAOA) that he’s sponsoring alongside Senate Finance Committee Chairman Ron Wyden (D-OR) and Sen. Cory Booker (D-NJ) and is expected to be filed this month. But it’s also apparently helped guide lawmakers toward an alternative, backup approach, something that would effectively be a marijuana omnibus bill.

Read the full piece at