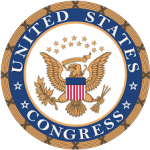 House Democrats failed to get a number of marijuana-related provisions attached to large-scale spending legislation after negotiations with the Senate.

Reform advocates hoped that the Republican-controlled Senate would agree to adopt measures from a House-passed version of an appropriations bill that provided protections for all state and tribal cannabis programs against federal interference. But negotiators simply agreed to keep a rider protecting just medical cannabis markets that’s been approved every year since 2014.

The final Fiscal Year 2020 spending legislation, expected to be voted on by both chambers and sent to the president ahead of Friday’s deadline to avoid a government shutdown, also cuts a proposal to shield banks that service the marijuana market from being penalized by federal regulators, which was included in the House bill but not the Senate’s.

The appropriations legislation additionally contain a provision continuing to block Washington, D.C. from using its own local tax dollars to implement a legal marijuana sales program. The House version omitted that measure, which would have cleared the way for cannabis commerce in the nation’s capital, but the chamber’s negotiators ceded to the Senate on that as well.