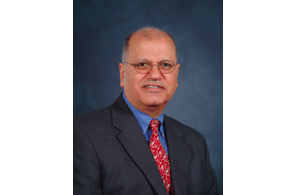 Here’s the introduction to the piece.

Authorities in Southern Oregon & the High Plains in California might argue differently !

State-level marijuana legalization has left the Drug Enforcement Administration (DEA) with far fewer samples of seized illicit cannabis to analyze, a study led by a top marijuana investigator for the federal government says.

That finding backs up the claim often made by legalization advocates that as more legal markets come online, consumer demand for unregulated cannabis from illicit channels will decline.

“The number of samples received over the last 5 to 6 years has decreased dramatically owing to the legalization of marijuana for either medical or recreational purposes in many U.S. states,” the study, authored by Mahmoud ElSohly, who runs the nation’s only federally authorized cannabis cultivation facility at the University of Mississippi, found.

Seizures have “precipitously declined over time, starting in the year 2011 (>2342 exhibits) to 2019 (<100 exhibits),” the study, published in the journal Biological Psychiatry earlier this year, says. “This is possibly the result of the legalization of cannabis for medical or recreational use in many states that has curtailed DEA enforcement efforts.”

The dwindling seizure numbers reported in the study are only the latest indication of the unregulated market’s shrinkage as the cannabis legalization movement continues to have success in a growing number of states.