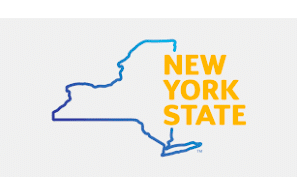 Here’s the latest update from NY via MM

New York marijuana regulators on Wednesday approved rules for the state’s cannabinoid hemp program, notably clarifying that flower from the crop can be sold but delta-8 THC products are currently prohibited from being marketed.

Hemp-infused foods and beverages will also be allowed.

The state Department of Health had initially proposed rules for hemp-derived cannabinoids, and they went through a public comment period before being formally filed by the Office of Cannabis Management (OCM), which was given oversight of the program under the broader marijuana legalization law enacted earlier this year.

Regulators with the Cannabis Control Board (CCB) tackled a number of issues outlining rules for marketing, laboratory testing, labeling and packaging. But some of the most consequential regulations from a market perspective relate to hemp flower and delta-8 THC, an intoxicating cannabinoid that’s gained popularity and can be synthesized from hemp-derived CBD.

The board also announced that a 60-day public comment period is open for people to weigh in on a draft proposal to allow medical cannabis patients to grow their own plants for therapeutic use. That policy was the subject of their previous meeting late last month.