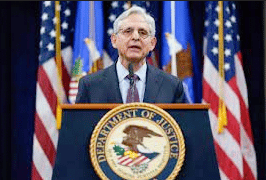 In light of a recent U.S. Supreme Court ruling on gun rights, the Justice Department has asked for more time to respond to a lawsuit challenging the federal ban on medical marijuana patients purchasing and possessing firearms.

That suit, which was brought about by Florida Agriculture Commissioner and Democratic gubernatorial candidate Nikki Fried, along with a handful of other plaintiffs, argues that federal policy barring people who admit to using cannabis in compliance with state laws is unconstitutional. DOJ was initially due to file its respond to the suit last week, but a Supreme Court ruling in a New York case has led the Biden administration to request an extension in the deadline for its filing in cannabis dispute, and the plaintiffs have agreed.

An attorney for the plaintiffs told Marijuana Moment that they are also aware of possible implications of the new Supreme Court ruling on their case, and that they intend to file an amended complaint in light of that. That’s part of the reasoning behind their decision not to contest DOJ’s deadline extension request.

“On June 23, 2022, the Supreme Court issued its decision in New York State Rifle & Pistol Association, Inc. v. Bruen,” DOJ wrote in its motion for the deadline change. “In Bruen, the Supreme Court rejected the ‘two-step’ framework for addressing Second Amendment claims that the Eleventh Circuit and other circuits had adopted, and set forth a different test for resolving Second Amendment claims.”