Lawmakers in South Carolina are currently considering a new bill that would legalize medical marijuana. So far, the bill has seen support both among legislators and the general public.

And now, the bill has formally received support from a potentially important social group. This week, a group of leaders from a number of different religious organizations voiced their support for South Carolina’s Compassionate Care Act.

The support could help propel the state’s bill forward. And more generally, it could signal growing acceptance of medical marijuana among some religious groups.

Faith leaders in South Carolina got together this week to formally voice support for the state’s Compassionate Care Act. This bill, which is currently working its way through the legislative process, would legalize medical marijuana in the state.

In particular, if this bill passes into law, doctors will be allowed to recommend medical marijuana to patients. And on the patient side, those with a recommendation would be allowed to purchase up to two ounces of medical cannabis every two weeks.

Originally, the bill was introduced by two Republican lawmakers. In many ways, that is a big deal. Typically, Republicans tend to oppose such bills. But with Republican backing already in place, many think South Carolina’s bill has a strong chance of passing.

And those chances may have improved even more this week thanks to the support of faith leaders. As reported by the Associated Press, a group of clergy from a coalition of religious groups held a press conference this week.

At the event, they formally urged for the passage of the Compassionate Care Act. Specifically, the group said that the law is important for those dealing with serious illness.

Baptist minister and state lawmaker Terry Alexander told the AP that medical marijuana should not be a religious or political issue. “Folks are beginning to see it,” he said. “It’s not a religious thing. It’s not a drug thing. It is a relief thing to me, basically.”

The bill has so far received broad bipartisan support. And as demonstrated by the state’s faith leaders, it is also receiving a lot of public support.

Importantly, the bill has already passed through early stages of legislation. Specifically, a state Senate Medical Affairs subcommittee has already made some revisions to the bill and then granted its approval.

Now, the Compassionate Care Act is moving on to a full committee review and discussion. From there, it will presumably be passed onto the next rounds of legislation before potentially being moved into law.

While many faith leaders in South Carolina are now supporting medical marijuana legalization, religious organizations in other places have been less open to the idea.

Perhaps most notably, the Church of Jesus Christ of Latter-Day Saints (LDS), commonly known as the Mormon Church, has been a longstanding and vocal opponent of legalization efforts in Utah.

Now, multiple advocacy groups are suing the state. In particular, advocates are working to reinstate the original medical marijuana program, as approved by voters last fall.

Take a look at our guide on rolling the perfect joints! Materials for Rolling a Joint Preparing...view more 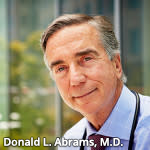 Healthcare in the Western world is dominated by doctors, physician assistants, nurses and other...view more