The last few days we’ve seen a flurry of activity related to smokable cannabis products.  It’s been tough to keep track of everything that’s gone on, so today I’m going to take a page out of legendary Italian director Sergio Leone‘s book and break down the Good, the Bad, and the Ugly in all things related to cannabis smoke.

The Good. On September 13, 2019, the U.S. District Court for the Southern District of Indiana struck down Indiana’s ban on “smokable hemp” deeming it unconstitutional (shout out to Kristen Nichols, editor of Hemp Industry Daily, for covering this case and for linking to the court’s Order at the top of her story).

Why is this decision good? Preemption! When a state law conflicts with federal law, federal law wins due to the Supremacy Clause of the Constitution. With that in mind let’s take a look at the match-up between Indiana’s smokable hemp ban and the 2018 Farm Bill.

The 2018 Farm Bill removed hemp from the Controlled Substances Act (“CSA”) and defined “hemp” as the Cannabis sativa L. plant with 0.3% or less THC “and any part of that plant, including . . . all derivatives, extracts, [and] cannabinoids . . . whether growing or not[.]” The 2018 Farm Bill did specifically did not preempt states or Indian tribes from passing laws regulating the production of hemp more stringently than federal law. However, the 2018 Farm Bill did explicitly preempt states and Indian tribes from passing laws that “prohibit the transportation or shipment of hemp or hemp products produced in accordance with” the 2018 Farm Bill.

In response to the 2018 Farm Bill, Indiana passed SEA 516 to legalize the commercial production of hemp in Indiana while also criminalizing the manufacture, finance, delivery, and possession of “smokable hemp,” i.e., hemp derivatives that can be introduced to the human body through inhalation. Notably, the ban on smokable hemp did not reference the “production” of hemp. This lead to the Midwest Hemp Council and several other hemp stakeholders to sue Indiana for violating federal law and to enjoin the state from enforcing portions of SEA 516 pending the lawsuit.

To recap, federal law says that states can’t interfere with the right to transport hemp products in interstate commerce. Indiana law says that it’s illegal to manufacture,  finance, possess, and deliver certain smokable hemp products and does not limit that prohibition to intrastate activities. The court ruled that the Plaintiffs had a high likelihood of success on challenging SEA 516 as being preempted by the 2018 Farm Bill and granted the injunction.

It’s also worth noting that the court considered Indiana’s legitimate claim that the passage of the 2018 Farm Bill made it difficult for law enforcement to differentiate between hemp and marijuana, especially smokable hemp. However, the court was not convinced that these challenges were enough to justify an outright ban on smokable hemp especially when other options were available (e.g., earmarking funds to purchase THC testing equipment; increasing penalties for knowingly selling marijuana packaged as hemp).

This court order won’t immediately impact states outside of Indiana but does show the impact of the 2018 Farm Bill on all hemp products, including smokable hemp.

The Bad. Donald Trump found out about vaping and announced that his administration would ban flavored vaping products. The Food and Drug Administration (“FDA”) issued a News Release shortly after Trump’s announcement stating that:

As this is the Canna Law Blog, you may be wondering how this ban will impact cannabis, including both marijuana and hemp-derived vapor products. We’ll certainly get more insight once the FDA announces its compliance plan referenced above, along with promised guidance on how the FDA will regulate Hemp-CBD generally.

However, even though we don’t have the full picture, we already know this ban is bad policy, and likely to lead to an increase in unregulated and illegal vapor products. To understand this, I want to break down the vapor market into five major categories:

In 2009, the Tobacco Control Act (“TCA”) granted the FDA regulatory authority over any “tobacco product,” that is, a “product made or derived from tobacco that is intended for human consumption, including any component, part, or accessory of a tobacco product.” In 2016, the FDA expanded its regulatory authority to include as e-cigarettes, cigars, pipes and waterpipes. Trump’s ban isn’t going to make it easier for the FDA to get illicit manufacturers to “buy in.”

Trump’s ban is also likely to cast a shadow on categories three and four:  manufacturers of Hemp-CBD and state-legal marijuana vapor products. The FDA’s website (here and here) seems to suggest that the agency currently does not interpret “tobacco products” so broadly as to include products free of nicotine or tobacco. Accordingly, it’s plausible that the FDA will not enforce Trump’s ban to explicitly ban Hemp-CBD and marijuana vapor products that are nicotine or tobacco-free.

Despite these jurisdictional issues that may limit the FDA’s enforcement ability, Trump’s ban places a target on all flavored vape products. This could mean seizures of cannabis-based vapor products in states where they are legal. It could also cause state regulators to ban certain marijuana and hemp vapor products.

In reality, the only products that won’t be impacted are likely marijuana and tobacco vapor products that are currently being manufactured illegally under federal and state law.

The Ugly. People are getting sick and dying as a result of vape-related illnesses and it’s likely going to get worse before it gets better because no one really know what’s going on. Let’s assume for a second that I’m totally wrong about Trump’s ban and it effectively kills the flavored vape market. If that happens do we really think vaping will be safe? Probably not because it doesn’t seem like flavoring is what’s causing illness and death.

What about vitamin E acetate? On September 6, a few days before Trump’s ban was announced, the Washington Post reported that FDA investigators found vitamin E acetate present in samples of cannabis oil linked to vaping illnesses across the country. Vitamin E acetate is an oil derived from vitamin E that naturally occurs in certain foods like almonds and olive oil. It’s found in topical products and dietary supplements. However, it’s very dangerous when inhaled. This is a chilling reminder that otherwise harmless articles can be dangerous when inhaled.

To further complicate things, vitamin E acetate may not even be the biggest problem. In a warning about THC vaping products the FDA wrote:

No one substance has been identified in all of the samples tested. Importantly, identifying any compounds that are present in the samples will be one piece of the puzzle but will not necessarily answer questions about what is causing these illnesses.

Scientific American also reports that though these vaping illnesses are popping up across the country, the symptoms vary wildly from person to person. This is an ugly, and frankly scary situation with more questions than answers.

We’ll continue to monitor smokable hemp, Trump’s ban, and these troubling vape-related illnesses and report the good, the bad, and the ugly.

Take a look at our guide on rolling the perfect joints! Materials for Rolling a Joint Preparing...view more 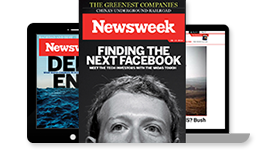