New evidence has emerged supporting the idea that marijuana may help rehab patients recover from and kick their addictions to painkillers. The study, published by researchers at Columbia University earlier this month, showed that patients given a form of THC during their recovery experienced less severe withdrawal symptoms and were more likely to complete their treatment course.

Sixty patients placed in a clinic to detox from opioids were given either a placebo or 30 grams of dronabinol daily. Dronabinol is a form a THC — more specifically, a compound that contains cannabinoids found in the marijuana plant. The patients given dronabinol reported much less severe withdrawal symptoms than those given the placebo. Also, patients who chose to smoke marijuana during the outpatient phase of treatment reported fewer negative health effects (including insomnia and anxiety) than those who did not smoke.

Is Weed The Secret To Beating Opioid Addiction?

This study is not the first to explore the idea of medical marijuana as a treatment for painkiller addiction. Previous studies have highlighted the benefits of moderate marijuana use on retention during treatment, and states with medical marijuana laws see fewer deaths from opioid overdose.

Marijuana still carries a stigma with many, though, so the public may be wary about using a psychoactive substance like marijuana to help with a person’s addiction to another drug. Opioids and marijuana, though both scheduled drugs, do not have many similarities in terms of their impact on society.

According to the CDC, 46 people die of a prescription painkiller overdose every day in the U.S. This number isn’t likely to go down anytime soon — from 1999 to 2008, the U.S. saw a 300 percent increase in overdose deaths from painkillers. The use and abuse of opioids, including both prescription painkillers and street drugs like heroin, have reached epidemic levels. Many states have been attempting to legislate the problem away, but opioids remain a dangerous and ubiquitous problem in the U.S., even among affluent neighborhoods. The ironic part is that prescribed painkillers are supposed to be helping people.

Marijuana, on the other hand, is only recently gaining acceptance and recognition as a valuable medical tool. Several states have now legalized marijuana and allow medicinal marijuana treatments. Despite its reputation among many as a gateway drug or otherwise dangerous substance, deaths directly resulting from an overdose of marijuana are nonexistent. While impairment during driving and long-term effects are still being debated, marijuana has been implemented as a treatment for various ailments, and opioid abuse may be in the running to become one of them. 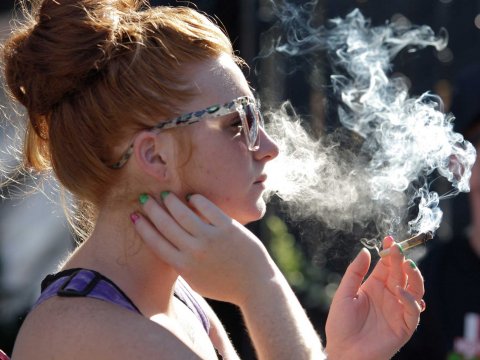