Marijuana is perhaps the most highly-regulated crop in the state. Earlier this year, the state added another complication in the form of regulations imposed by the State Water Resources Control Board, which sets rules (a veritable maze of them) for the cannabis cultivation industry. 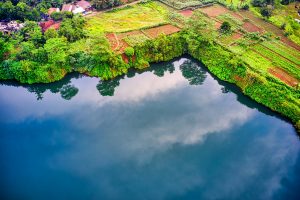 Recently, the California Water Boards sent out some 270 letters to marijuana farmers operating in the Emerald Triangle, warning them to comply with state regulations or else face potential fines – or even loss of their licenses to grow the crop.

The compliance letters were sent to cultivation operations in Mendocino, Humboldt and Trinity counties, informing them of their lack of appropriate permitting for all their cannabis business operations.

The warnings were sent to landowners whose properties appear to be using their space for purposes of growing the crop, yet have no enrollment in the state waterboard’s cultivation program. As Los Angeles cannabis farmer attorneys can explain, proper permission from the local water board is required to legally grow marijuana in California.

Last year, some 2,300 marijuana cultivation licenses were issued among those three counties.

Cannabis Farming and Water Board Regulations

The rules imposed by the state water resources board is in place because cultivating cannabis has the potential to impact watercourses such as lakes, rivers, creaks or streams. The majority of the regulations are applicable to so-called “sun-grown cannabis,” which is legal in some form or another in a dozen counties. Licenses are issued through the state’s Cultivation Licensing Program.

Among the regulations required by state water boards:

Los Angeles marijuana cultivation attorneys know that state water board licensing and regulation is incredibly complex. Investors, landowners and entrepreneurs should work closely with an experienced attorney to ensure they are in compliance, to avoid costly fines and other penalties that might jeopardize their profits or ability to operate.