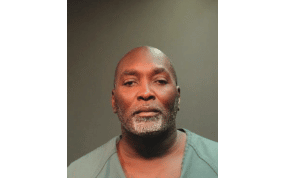 A 52-year-old man was sentenced Wednesday to life in prison without the possibility of parole for his part in chasing down and fatally shooting a marijuana dispensary worker with a cash-filled backpack in Santa Ana.

Antonio Lamont Triplett was convicted on June 9 of murder, with a special-circumstance allegation of killing during a robbery, and felony second-degree robbery. Orange County Superior Court Judge Richard King tacked on an additional five years to the punishment but stayed the order.

Garcia was driving home in his Honda Accord when he was run off the road by a gray Nissan at 17th and Bristol streets just before 1 a.m., Senior Deputy District Attorney Mark Birney said. Garcia was on the phone with his girlfriend, Carmen Munoz, at the time.

Man gets life in prison for killing of marijuana dispensary worker