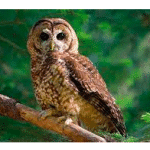 Here at CLR we are very happy to see prosecutions of illegal cannabis grows on an environmental basis.

If growers are using pesticides, plastics, diverting water we believe in the full weight of the law in order to protect national park ecosystems. 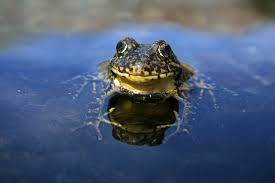 A Mexican native involved in a 2,300-plant illegal grow-op in California that caused extensive environmental damage has pleaded guilty to conspiring to manufacture, distribute and possess with intent to distribute marijuana.

Court documents indicate the grow-op was in the Basin Creek drainage area of the Sierra National Forest, reports the U.S. Attorney’s Office of the Eastern District of California. Serving as habitat for endangered species like the Sierra Nevada yellow-legged frog and the California spotted owl, the area suffered extensive environmental damage because of the grow, notes the statement.

Toxic banned pesticides, believed to have been applied to the plants, was found and water from Dutch Oven Creek had been diverted to irrigate the grow-op.

Madrigal was apprehended by agents with the U.S. Forest Service after he was seen carrying fertilizers and bags of groceries into the grow site. The suspect tried to escape, but was caught while running down the side of a mountain.

He faces a mandatory minimum statutory penalty of 10 years and a maximum penalty of life in prison, as well as a US$10 million ($12.4 million) fine. Sentencing is schedule for Sept. 20.

Charges are pending against a co-defendant, 24-year-old Lester Eduardo Cardenas Flores, who is also a citizen of Mexico.

Recreational cannabis is legal in California and adults can  grow up to six weed plants for their personal use, subject to certain restrictions, reports Shouse California Law Group. But outdoor growing, even if adhering to the maximum, is illegal unless allowed by local regulations.

FRESNO, Calif. — Luis Madrigal-Reyes, 37, a native and citizen of Mexico, pleaded guilty to conspiring to manufacture, distribute, and possess with intent to distribute marijuana, Acting U.S. Attorney Phillip A. Talbert announced. He also agreed to pay $45,057 in restitution to the U.S. Forest Service for the damage that the cultivation operation had on public land.

According to court documents, the cultivation operation contained 2,307 marijuana plants and was located in the Basin Creek drainage in the Dutch Oven Creek area of the Sierra National Forest. U.S. Forest Service agents saw Madrigal carrying fertilizers and bags of groceries into the grow site and later apprehended him after they chased him down the side of a mountain.

The cultivation operation caused extensive environmental damage to the area, which serves as the habitat for the Sierra Nevada yellow-legged frog, an endangered species and the California spotted owl, which is currently being considered for listing under the Endangered Species Act. Agents found toxic banned pesticides, which appeared to have been applied to the marijuana plants. The water from Dutch Oven Creek had also been diverted to irrigate the plants. Dutch Oven Creek is part of the Chiquito Creek watershed, which drains into the Fresno River before flowing into the San Joaquin River.

This case is the product of an investigation by the U.S. Forest Service, the California Department of Fish and Wildlife, the Campaign Against Marijuana Planting (CAMP) of the California Department of Justice, and the Madera County Sheriff’s Office. Assistance was provided by the Integral Ecology Research Center, a non-profit organization dedicated to the research and conservation of wildlife and their ecosystems. Assistant U.S. Attorney Karen A. Escobar is prosecuting the case.

Madrigal is scheduled for sentencing on Sept. 20. He faces a mandatory minimum statutory penalty of 10 years and a maximum penalty of life in prison, as well as a $10 million fine. The actual sentence, however, will be determined at the discretion of the court after consideration of any applicable statutory factors and the Federal Sentencing Guidelines, which take into account a number of variables.

Charges are pending against co-defendant, Lester Eduardo Cardenas Flores, 24, also a citizen of Mexico. He is presumed innocent until and unless proven guilty beyond a reasonable doubt.