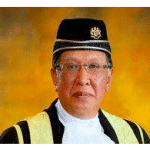 PUTRAJAYA: The courts cannot sidestep any government policy on cannabis unless it is against the law, a Federal Court bench said.

Judge Mohd Zawawi Salleh said the government’s stance was to maintain the current status on cannabis and all drug-related substances as provided in the Dangerous Drug Act 1952.

“It is settled law that the court’s function is not to assess the wisdom of government policy unless they are found to be in contravention of the Federal Constitution or the laws,” he said in a 30-page judgment on an appeal in a drug case delivered recently.

On Feb 17, a three-member bench chaired by Chief Justice Tengku Maimun Tuan Mat substituted an engineer’s death penalty for trafficking to a jail term for possession.

Muhammad Lukman Mohamad, who is said to have sold cannabis oil to treat cancer patients, escaped the gallows on two counts of trafficking.

Tengku Maimun, who delivered the oral grounds of judgment, had said there was a failure by the prosecution to prove the weight of the drugs and as such the conviction could not be sustained.

Zawawi and Harmindar Singh Dhaliwal were the other two members on the panel.

Lukman, 31, was sentenced to five years on each count of possession, to run concurrently. He is now out of prison. He was accused of committing the offences at a house in Bandar Mahkota, Banting on Dec 7, 2015.

Last year, the Court of Appeal upheld the death sentence on the first two charges but reduced the third to possession.

Lukman did not appeal (to the apex court) on the third charge after the Court of Appeal imposed a seven-year jail term and 10 strokes of the rotan.

His case had been highlighted by many, with even former prime minister Dr Mahathir Mohamad saying there was a need to review Lukman’s drug charges. A petition was also launched calling for his release from prison.

In concurring with the decision of the High Court and Court of Appeal, Zawawi said there was no authorisation granted to Lukman to possess, manufacture, handle, process or sell the drugs for medicinal purposes.

Zawawi said on Feb 18, Prime Minister Muhyiddin Yassin had said that the government would maintain its current stance on cannabis and all drug-related substances as enforced by the 1952 Act.

“He (Muhyiddin) said these substances had clearly brought much harm to society,” the judge said, adding that cannabis was a controlled drug.

Zawawi said the primary authority with jurisdiction over cannabinoid drugs is the National Pharmaceutical Regulatory Agency established under the health ministry.

“We are not aware of any list of doctors or persons who are authorised to prescribe cannabinoid drugs,” he said, adding that there was also no substantial research in Malaysia to prove that cannabis oil could cure any patients who have suffered from any kinds of ailments.