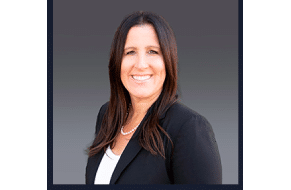 You’re not allowed to possess non-medical marijuana while in a car in Louisiana, and it’s illegal to be under its influence while driving. But there’s no actual prohibition again smoking weed behind the wheel, something that would change under a bill the Louisiana House of Representatives approved Wednesday.

Rep. Laurie Schlegel, R-Metairie, said she authored House Bill 234 as a highway safety measure, given that more forms of medical marijuana are now legal in Louisiana. Her proposal would also apply to passengers in a vehicle.

The bill makes smoking marijuana in a moving vehicle a primary offense, which means police could pull over anyone suspected of a violation. Rep. Edmond Jordan, D-Baton Rouge, told Schegel during House floor debate he was concerned her bill would lead to more unwarranted police stops.

Opponents also noted that cops could mistake a cigarette or vaping device for marijuana and could still rightfully pull over a vehicle.

In committee testimony last week, Louisiana State Police Capt. Robert Burns told lawmakers Schlegel’s bill would present challenges for law enforcement. In response to a question from Rep. Aimee Freeman, D-New Orleans, Schlegel said police did not ask her to file her bill, which she said has support from district attorneys.

Rep. Richard Nelson, R-Mandeville, challenged Schlegel’s claims that her measure would make highways safer. Without citing a source, he said there are 50% more auto accidents in Louisiana than California and Colorado, two states that have legalized recreational marijuana. Nelson unsuccessfully sponsored a bill last year to sanction and tax recreational marijuana in Louisiana.

The House voted 66-31 to approve Schegel’s bill, advancing it to the Senate.