Significant reforms in the Los Angeles cannabis business licensing process may be on the horizon, as city council recently approved changes. Tweaks include tightening rules pertaining to the social equity program, implementing a lottery system for newer licenses and imposing new rules for dispensaries operating in neighborhoods that have already reached their limit. 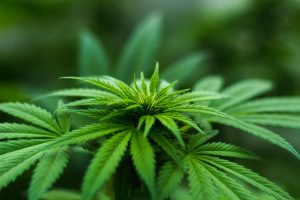 The initial approval of these significant changes to Los Angeles’ marijuana business licensing and social equity program marks the end of months-long delays that halted permitting and had resulted in significant frustration among stakeholders.

The changes aren’t final until council approves them one more time and the mayor signs off, but it’s a significant step. A separate motion was adopted to allow 100 of those who won social equity licenses in the lottery last year to be placed on an immediate track for approval.

The vote, however, doesn’t completely make it up to those affected by the extensive delays. Many note they’ve been paying hefty rents on marijuana business properties they have yet to be able to open.

While the city has technically been working on the social equity program for about three years, but as of yet, no retail permits have been issued to any applicants to the program, a fact many have said point to a leadership failure.

Some also wonder whether the proposed changes will have any real impact anytime soon. Concern has been expressed that the changes may even boost the city’s already-massive black-market sales because many of the city’s non-social legacy cannabis businesses that have yet to win a permit for retail are going to be forced out.

Our concern as Los Angeles cannabis lawyers is that while many of these changes appear to be a good thing and look fairly comprehensive on paper, they’d have been much more helpful a year ago. Some businesses are still floundering. At the very least, temporary licenses need to be granted with swiftness.

Now, officials with the Department of Cannabis Regulation say they’re going to be looking at police statistics to help better identify those minority and low income communities hardest hit by the failed War on Drugs and the disparate enforcement of cannabis criminalization (something the social equity licensing program is intended to mitigate). Furthermore, applicants for the next round of licensing must have:

Dispensaries can open in neighborhoods that have reached their limits, so long as they have favorable written input from the local neighborhood council and others in the region. This provision is intended to address criticism that city council wields too much power in approving marijuana businesses, allowing certain operators a political advantage over others. Under the old rules, council’s failure to respond right away to an operator’s request to open a new cannabis dispensary in an area that’s already “full” would mean automatic approval. Now, the request is automatically denied if council doesn’t move on the request within three months or so.

Concern remains among Los Angeles cannabis lawyers that these new rules might still leave the door open for possible corruption or improper criteria (such as racial prejudice) used to deny or approve licenses. Some argued in a letter to council that a fairer, more transparent process would include public hearings. There are calls for opening as many new cannabis businesses as possible right now, both for the sake of applicants as well as the legal marijuana industry in general.

The social equity program in Los Angeles is intended to lower barriers to entry to the legal cannabis industry by extending numerous programs to help with employment opportunities and business ownership.

Anyone who wants to explore ownership or operation of a legal cannabis business should consult with an experienced Los Angeles marijuana business lawyer who can help guide you through priority application processing and first-to-market advantages. This is essential in a city that has a strict cutoff on the number of legal licenses issued. Applicants to the SEP program might also qualify for a deferral of fees. Job placement opportunities are also available for those who are interested in employment rather than owning their own cannabis business.