Minors getting ahold of marijuana was a major sticking point in the lead up to the passage of Proposition 64, which legalized adult-use California cannabis. It’s also been cited as a reason to block cannabis business billboards on California highways. But as it turns out, licensed marijuana retailers are doing an excellent job keeping the substance out of the hands of youth. 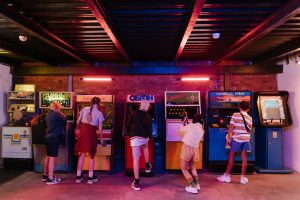 You don’t need to take our Los Angeles marijuana business lawyers‘ word for it. This is according to a new study commissioned by the Insurance Institute for Highway Safety. Despite a few isolated incidents of state law violations (i.e., workers giving out free samples of edibles), the analysis revealed workers at cannabis retail locations are committed to following the rules, protecting minors and staying in business.

Study authors say the largest loophole through which minors obtain cannabis in California is through unlicensed vendors. Consider that black market bud sales are three times bigger than the legal market. They don’t have the regulations and taxes to contend with. They sell products that aren’t verified for safety or quality, but they can sell them cheaper – and they don’t always ensure the people to whom they’re selling are of legal age to do so.

The proliferation of the black market in this state has served as a lesson to other states preparing to oversee the unveiling of similar recreational cannabis industries.

Selling Cannabis to Minors is Illegal in California

Cannabis companies caught selling the drug to minors without a doctor’s recommendation for medicinal use face substantial penalties: Up to six months in jail and a $500 fine for a first-time offense. But what really deters legal cannabis companies is that they risk the lose of their state licenses, which are incredibly competitive, take months to obtain and cost hundreds of thousands of dollars.

In L.A. , a licensed cannabis shop that even lets a person under 21 set foot in the shop can face not only a fine, but a suspended or revoked license. That’s why many require identification before you even walk in. Operators who have taken the time and spent the money to qualify for a lawful license aren’t going to want to imperil it to sell to a teenager here and there.

On top of that, there is the potential for liability. A business that sells to a minor who is then hurt or hurts someone else could be held legally liable in civil court for that injury. It’s not a chance most shops are eager to take. Many are vigilant about spotting fake IDs and other work-arounds.

To examine how cannabis shops in California are restricting sales to minors, the study authors recruited a 22-year-old man and 23-year-old woman who were “young-looking” to randomly visit nearly 50 recreational retailers last January. They made stops in stores located in San Bernardino, Los Angeles and Santa Ana. Each of the decoys attempted to enter the shop without ID.

What they found was that about 50 percent of stores required ID to be shown outside the store. The other half required identification once they entered. None of the shops allowed the decoys to shop without showing proper identification.

About a dozen stores had signage posted outside indicating shoppers had to be 21 and older to enter. Others had signs posted inside the shop. The majority had a security guard, while others had salespeople checking identifications. Some stores had electronic ID scanners, while others relied on retail workers to visibly verify the cardholder’s identity and birthdate.

Given that most cannabis crimes have been downgraded to misdemeanors, law enforcement in Southern California doesn’t devote as much energy to enforcement. They will, however, do random age-compliance checks at licensed retailers. In Los Angeles, the city’s cannabis department does this as well.

Meanwhile, compliance with the minimum age for alcohol sales, set nationally to 21 in 1984, was a lot slower to catch on. Even now, depending on the region of the country, violations are common. One recent analysis of underage alcohol sales in New York City found that 60 percent of shops sold booze to underage decoys without ID. However, it’s still largely accepted that the minimum drinking age was a positive thing, and has likely saved thousands of lives on the roads.

But cannabis and alcohol markets can’t necessarily be compared apples-to-apples. Since alcohol prohibition was repealed in 1933, there really isn’t any such thing still as unlicensed alcohol vendors. The same can’t be said of the cannabis industry. In fact, it’s thriving in California. A survey of state law enforcement agencies across the state said that 8 in 10 underage marijuana users obtaining marijuana were getting it from an unauthorized seller. Now that recreational use is legal, unlicensed sellers may feel they have more freedom to operate and flout the rules.

The only way licensed shops will be outpace illegal operations in this state is if we see more cities welcome the industry (resolving the cannabis deserts we have now) and by reducing taxes so that legal operations can start being truly competitive.