As we’ve discussed many times before, medical marijuana laws vary widely state by state. Some states, such as California, have a more relaxed whatever-helps-people-is-fine approach to regulation. Other states, such as Colorado, have a tightly regulated but easily accessible medical marijuana program. And then there are the states that pretend to allow access to medical marijuana, but in reality are doing nothing to help patients get safe access. We call these “pretend states.”

seizure disorders, and sickle cell disease. Sounds great, right? Not quite. While Georgia is issuing medical marijuana cards, the state will not allow production or sale of marijuana. So patients have to go out of state to get their medicine. This is a huge problem for several reasons:

So, Georgia, let’s see if we have this straight: people can legally use this medicine, but in order to get it they have to risk federal and state arrest? You are officially a pretend state.

Montana is another classic pretend state. Medical cannabis was legalized there in 2004, and it was wildly popular. But a federal crackdown in 2011 led to arrests, shuttered dispensaries, and strict new laws. It also led to the death of a little boy named Cash Hyde, whose heartbreaking story we just told again in honor of his father, who is still fighting for greater access.

These days, Montana allows medical marijuana use for a few conditions—chronic pain, nausea, seizures, severe or persistent muscle spasms, and wasting syndrome—but no dispensaries or sales are allowed. Patients or caregivers can grow up to four mature plants and twelve seedlings, but can only possess one ounce of dried flowers.

can grow their own medical cannabis as long as they figure out a growing schedule that creates no more than one ounce of dried medicine at a time but is sufficient to treat their illness? Even assuming that they have the space and money for a grow operation—and that’s a big assumption—people who are sick do not have the time or energy to make it run well. Montana, you are a pretend state.

And then there are the CBD-only states. Fifteen states have legalized the use of high-CBD oil in the wake of Dr. Sanjay Gupta’s special on how it was having a near-miraculous effect on children suffering from severe epilepsy. Alabama, Kentucky, Mississippi, Missouri, North Carolina, Oklahoma, South Carolina, Tennessee, Texas, and Utah all came up with ways to produce and distribute the medicine, whether for

clinical trials or widespread use, so kudos to them but they continually forget the kids suffering with cancer. Research has shown that whole plant treatment is needed to treat childhood cancers.

However, Florida, Georgia, Iowa, Virginia, and Wisconsin all voted to allow the use of the medicine but not the production or sale, forcing parents to go out of state to get it. Again, not a single one of those states is adjacent to a state that can legally sell the high-CBD oil to them, so parents will have to risk state and federal arrest just to help their children’s seizures. Guess what? You’re all pretend states!

If you live in one of these states, contact your representatives and let them know that their laws are essentially useless. Help us help patients the access they need—join us in getting rid of pretend states! 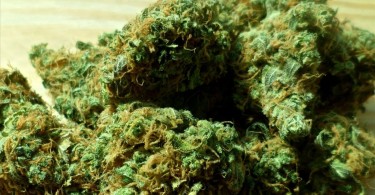 Over the course of the past few months I’ve been doing a fair amount of investigation on the...view more