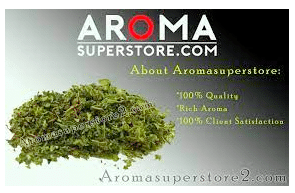 ALEXANDRIA, Va. – A Los Angeles man pleaded guilty today to being the head of a conspiracy involving the distribution of wholesale quantities of synthetic cannabinoids—commonly known as “spice” or “K2”—and laundering millions of dollars in the proceeds of the sale of that spice.

According to court documents, from 2017 through November 2019, Joseph Ruis, 56, was the leader of a Southern California-based wholesale spice manufacturing and distribution operation, along with co-defendants and sisters Kimberly Drumm, 52, and Bonnie Turner, 50, of Olive Branch, Mississippi. The illicit business presented as Aroma Superstore, and maintained a professional-looking website through which buyers around the country, including in the Eastern District of Virginia, could order packages of different varieties and flavors of spice.

The spice that Aroma Superstore sold almost uniformly contained chemicals listed as Schedule I controlled substances. The spice was sold in packages bearing the label “Not For Human Consumption” in an attempt to avoid regulatory or law enforcement scrutiny. The products were, in reality, intended to be consumed and induce a “high” similar to other controlled substances. The spice connected to this conspiracy caused an individual from New Hampshire to fatally overdose.

Ruis controlled the operation and employed several individuals, including Drumm and Turner, who helped run the business. Ruis ran Aroma Superstore like a legitimate business in many ways, such as maintaining an office, hiring a financial manager, and issuing regular paychecks to employees. Ruis dictated the prices of the different sizes of the packages of spice and employed at least two individuals to answer phone calls and take orders for spice.

Ruis, Drumm, and Turner concealed the proceeds of their spice distribution by moving the profits through a network of shell corporations. Ruis directed Turner, who had no criminal record, to open bank accounts and register businesses in her name to avoid detection by law enforcement or by financial institutions.

In May 2019, law enforcement searched locations in Southern California used by Ruis, Drumm, and Turner for their business. In one warehouse location, agents seized approximately 30 kilograms of spice as well as a large volume of packaging material and equipment used in the distribution of the spice. At another warehouse location, law enforcement seized approximately 4,500 pounds of marijuana, approximately 300 kilograms of butane honey oil, lab equipment for the extraction of Tetrahydrocannabinol (THC), and approximately $45,000. Law enforcement also searched the storage locker that Drumm had rented on behalf of Aroma Superstore and recovered approximately one kilogram of 5F-MDMB-PICA, a Schedule I chemical used to manufacture the spice. At the residence shared by Ruis, Drumm, Turner, and some of their employees, law enforcement seized three Rolex watches and one Philippe Patek watch that had belonged to Ruis; the total value of the four watches was appraised at approximately $137,200. Luxury vehicles, including a Ferrari belonging to Ruis, were also seized.

Ruis is scheduled to be sentenced on March 2, 2022. He faces a maximum penalty of 20 years in prison. As part of his plea agreement, Ruis has agreed to forfeit more than $2.9 million to the United States. Drumm and Turner each pleaded guilty to one count of conspiracy to commit money laundering and one count of distribution of Schedule I controlled substances. They are scheduled to be sentenced on December 8. They face a maximum penalty of 20 years in prison for each of the counts. Actual sentences for federal crimes are typically less than the maximum penalties. A federal district court judge will determine any sentence after taking into account the U.S. Sentencing Guidelines and other statutory factors.

Three additional defendants have pleaded guilty to their roles in the conspiracy and will be sentenced on December 1 and January 5, 2022.