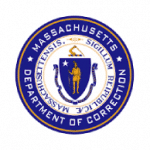 A Massachusetts lawsuit is seeking to stop the state Department of Corrections from using certain drug tests that the suit describes as faulty and with an 80% rate of false-positive tests.

A lawsuit filed in Massachusetts is seeking to stop the state Department of Corrections (MDOC) from using a drug test manufactured by Sirchie Acquisition Company, LLC that attorneys for plaintiffs describe as faulty. The test is used on incoming mail to inmates and the lawsuit claims have led to a “slew” of false-positive results, with one MDOC employee estimating false-positive results as high as 80%.

Ellen Leonida, a partner at BraunHagey & Borden said they brought the lawsuit “to protect disempowered people incarcerated by the DOC from the unconscionable decision to use these tests in the face of overwhelming evidence of their inaccuracy.”

“We also intend to hold the drug companies liable for knowingly profiting from the misuse of these tests and the misery they are causing.”— Leonida in a statement

Read their full report at

Lawsuit Filed Over Massachusetts Prisons’ Use of Faulty Drug Tests