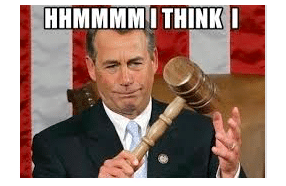 This is not a good look

John Boehner backed out of a deal to join a marijuana lobbying group — but only after he allegedly stole its data and talking points to form another, pro-weed lobbying outfit of his own, an explosive lawsuit claims.

The former House speaker signed an agreement in March 2018 to become co-chair of the 10 Campaign — a weed legalization group that takes its name from the 10th Amendment of the US Constitution, which establishes states’ rights, according to the suit filed in the Superior Court for the District of Columbia.

Less than a year later, in February 2019, however, Boehner announced he was launching a new group called the National Cannabis Roundtable, revealing he had tapped Kathleen Sebelius, the former health and human services secretary, as a co-chair.

The powerful, Washington-based law firm Squire Patton Boggs, where Boehner is a partner, was also a strategic adviser on the project, according to the suit filed against both Boehner and the firm by 10 Campaign’s founder and executive director, James Pericola. He alleges that Boehner’s group, which went on to become a lucrative business, cut him out of its profits despite it being nothing more than a “repackaged version” of his own.

“Boehner served to legitimize the industry … and paved the way for other politicians, elected officials and influencers to come to the table after years of opposition to cannabis legislation,” the suit alleges. “And he did it by intentionally misleading Pericola.” 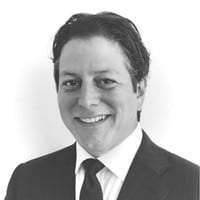 In an exclusive statement to The Post, Pericola said,

“I did not make this decision lightly and realize we are taking on Goliath, but the truth matters and we look forward to our day in court.”

According to the suit, Pericola approached Boehner’s aides and Squire Patton Boggs in early 2018 after Attorney General Jeff Sessions struck down the Cole Memorandum — a 2013 rule that ended federal prosecution of marijuana-related offenses in states where weed was legal.