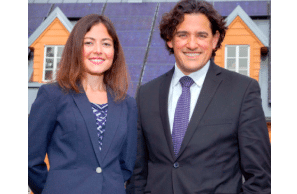 The Law Offices of Omar Figueroa, which focuses on cannabis legal services, plans to hang a shingle in New York, considered an emerging market since voters approved adult recreational use last year. Medicinal marijuana became legal there in 2014.

The state is now working on establishing the framework of its licensing and taxation systems with rules for sales in place by the end of year, opening the door to recreational sales.

The law firm that began practicing out of Sebastopol in 2010 leases a 50-square-foot workspace in Brooklyn to be staffed and managed by attorney Andrew Kingsdale. Kingsdale, who’s also licensed in California and Massachusetts, has worked with the Sonoma County firm since 2018 and is licensed to practice law in New York for 15 years. Other employees are expected to come on board later. The law firm began taking clients Feb. 2.

The firm’s founder, Omar Figueroa, expressed enthusiasm about the transcontinental expansion as a means to follow his passion since attending Stanford Law School.

“We were told to follow our passions, so I followed my passion for cannabis by pursuing cannabis law, which is an exciting area of law filled with novel legal issues,” said Figueroa, who also considers himself a “cannabis connoiseur.” He has developed a curriculum to train cannabis sommeliers as a member of the Ganjier Circle, a club of cannabis enthusiasts.

“New York is going to be good for us as a law firm,” Figueroa said, referring to the Golden State’s 2016 passage of Proposition 64, approval of recreational cannabis sales.

Figueroa, Kingsdale and fellow lawyer Lauren Mendelsohn have active memberships in cannabis clubs, including Mendelsohn, who also serves as a director of the International Cannabis Bar Association out of Sacramento and on the Sonoma County Growers Alliance Board of Directors.

At the helm of the Sonoma County law firm, Figueroa is a cannabis advocate and knows the drill behind getting a cannabis business off the ground to operate legally. Last April, he published New York Cannabis Laws and Regulations 2021 available on Amazon and in Barnes & Noble as well as some local independent bookstores.

“I think New York can look at the experience from other states, so they won’t have to reinvent the wheel,” he said.