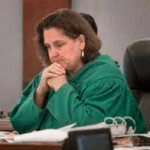 A former Las Vegas police officer who sued after facing termination for testing positive for marijuana scored a significant procedural victory this week, with a district judge denying the department’s request for summary judgement and agreeing that state statute protects employees’ lawful use of cannabis outside of work.

About two years after the lawsuit was filed, Judge Kathleen Delaney ruled on Tuesday that the former officer, Stuart Bowman, should not have faced the threat of being fired over the THC test.

The judge determined that the Las Vegas Metropolitan Police Department’s (LVMPD) “zero tolerance” policy for marijuana is “untenable,” according to Bowman’s attorney. She said that penalties for testing positive violated a state law prohibiting discrimination against any employee “who engages in the lawful use in this state of any product outside the premise of the employer during the employee’s nonworking hours.”

Therefore, Delaney ordered LVMPD to grant Bowman backpay, cover legal fees and reinstate him. The officer had chosen to resign in lieu of being fired.