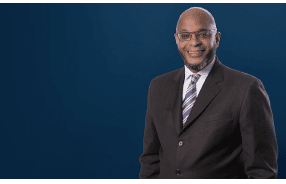 The rest of it is behind a paywall at

A Chicago attorney is accusing his former law firm, Kutak Rock, of legal malpractice after the firm allegedly tried to usurp control of his cannabis business and put its own out-of-state clients in charge instead.

In a 40-page lawsuit filed in Cook County Circuit Court, Lance Tyson’s company claims Kutak Rock botched a bid to obtain 10 cannabis licenses under a provision in Illinois law that gives preferential treatment to business owners who live in poor neighborhoods, causing Tyson to lose out on millions of dollars in revenue and profits.

Tyson, who left Kutak Rock to join Detroit-based Miller, Canfield, Paddock and Stone in January 2020, alleges through his company PBKM LLC that Kutak Rock structured the business so that two other firm cannabis clients, Delaware-based Cannabis Capital Group LLC and Colorado-based Trees LLC, would control PBKM and its licenses.

“I don’t know their motivation,” said Tyson, who was a partner at Kutak Rock before leaving the firm. “Greed, incompetence, maliciousness, or maybe all of the above. But the fact of the matter is they clearly violated the duties owed to us, and we’re going to hold them accountable.”