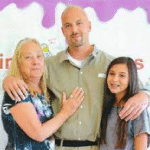 Scarmazzo’s team is arguing that the U.S. District Court for the Eastern District of California should take the justice’s comments into account when considering his motion for compassionate release. Scarmazzo was also one of numerous people incarcerated over marijuana who advocates sought a commutation for from the Trump administration.

Thomas wrote that the “contradictory and unstable state of affairs strains basic principles of federalism and conceals traps for the unwary,” adding that “though federal law still flatly forbids the intrastate possession, cultivation, or distribution of marijuana,” the government “has sent mixed signals on its views.”

The new brief from Scarmazzo’s attorneys notes that the court has authority to grant relief if there is “extraordinary and compelling reason,” and it lists a number of circumstances that the defendant’s counsel say meets that standard. That includes the fact that Scarmazzo’s father was diagnosed with bone marrow cancer and he has the blood type to provide a transplant, and also that his sentence would have been reduced under criminal justice reform legislation passed by Congress last session.