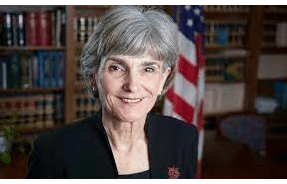 SAN FRANCISCO (CN) — A federal judge shot down claims that a cadre of corrupt law enforcement officials conspired to extort cash and cannabis from Northern California pot farmers under the guise of enforcing marijuana laws.

Attorney William Cohan said there’s a trove of circumstantial evidence supporting claims that dirty cops were robbing and extorting legal marijuana growers with impunity, then selling their ill-gotten seizures on the black market while the Mendocino County Sheriff and District Attorney covered it up.

He said Sheriff Tom Allman, Undersheriff Randy Johnson and District Attorney David Eyster also extorted growers by instituting programs wherein farmers would have to pay bribes in order to grow medical cannabis and prevent their farms from being eradicated.

“They created ordinances that were clearly in violation of state and federal law, extorting money by the district attorney and the sheriff through the so-called restitution and zip ties programs. But once it became possible to grow cannabis legally the defendants and their co-conspirators were unable to muster the essential self-restraint,” Cohan said at a hearing Friday as he urged Illston not to toss the growers’ racketeering lawsuit.