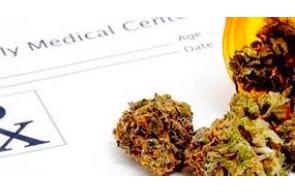 The Florida Department of Health sought to strip physician Joseph Dorn of his medical license for five years, permanently ban him from ordering medical marijuana for patients and impose a $10,000 fine.

The proposed penalties against Dorn — who has practiced in Florida for more than three decades – stemmed from a 2019 complaint alleging that the physician violated state law by failing to conduct physical examinations of “Patient O.G.” and “Patient B.D.” The complaint also accused Dorn of employing a “trick or scheme” in the practice of medicine.

But Administrative Law Judge W. David Watkins on Wednesday issued an order recommending that the complaint against the doctor be dismissed, saying that health officials “failed to present competent substantial evidence in this case establishing … that Dr. Dorn acted, or failed to act, in any manner to defraud or trick any patient, or that any patient was actually defrauded or tricked.”