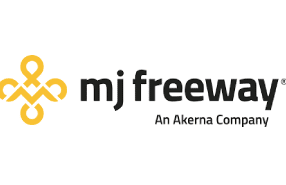 A federal lawsuit between Pennsylvania’s controversial seed-to-sale tracking company and a subcontractor responsible for obtaining enough points so the tracking company could win the state contract has been grinding through courts as the tracker’s initial contract period is coming to a close.

The case, which was filed in the Eastern District Court of Pennsylvania, has been in mediation since April, which could conclude at any time.

Akerna-owned MJ Freeway LLC, which Pennsylvania regulators contracted to provide seed-to-sale tracking for all state cannabis vendors, has been embroiled in a lawsuit since May 2021 with minority-owned technology contractor TreCom Systems Group Inc over non-payment for services and the validity of the initial contract between the two companies. TreCom, a technology services vendor for multiple contracts with the State of Pennsylvania, was a key component of MJ Freeway’s 2016 seed-to-sale proposal to Pennsylvania regulators. As a qualified diverse subcontractor, TreCom was responsible for a significant portion of the points assigned to MJ Freeway in the proposal evaluation, according to state RFP scoring documents.

The seed-to-sale tracking contract won by MJ Freeway, for $10.3 million, made the company the required vendor for medical cannabis operators. As such, MJ Freeway is able to charge the state’s 193 cannabis dispensaries, processors, and cultivators additional fees for technical support for a service they are legally required to obtain. According to operators in the state, support fees range from $30,000 to $80,000 a year.

MJ Freeway won Pennsylvania’s contract for seed-to-sale tracking through a Request For Proposals (RFP) scoring system that assigned 20% of 1,000 possible points to the quality of the Small and Diverse Businesses included as subcontractors. TreCom was the main, diverse subcontractor in MJ Freeway’s RPF submittal.

The initial contract, which included TreCom as a subcontractor, was for a five year period, From April 2017 until April 2022, with three one year optional extensions, which could add up to an additional $5.8 million in payments from the state. TreCom was designated as the main provider of technical support, about 35% of the contract’s value, according to MJ Freeway’s proposal.

TreCom sued MJ Freeway a year ago for failure to pay stipulated subcontractor fees, as of August 2020, according to court documents. MJ Freeway claimed, in an attempt to have the case dismissed, that the subcontractor forged the two companies’ initial contract agreement, and that it was invalid from the start.

In 2016 and 2017, MJ Freeway was led by Amy Poinsett. During which time the company experienced rapid growth but also numerous well-publicized operations problems with seed-to-sale tracking systems for Washington State, Nevada, and Pennsylvania. In June 2019, Poinsett stepped down, and company co-founder Jessica Billingsly took the helm of the company.