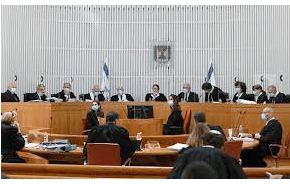 The patients who petitioned, the late Ilan Shechter, Amir Joussi, Sigal Golan, Yanir Afgin, Avi Ozana, Yitzhak Zvi Weiss, Stav Caspi and Bar Shalom Azoulai, claimed in the petition, among other things, that until 2016 there were patients who held a license to grow cannabis themselves, until In the same year, the words ‘cultivation, production’ were removed from the license. In the petition, they demanded that the situation be returned to the way it was before 2016, and this, among other things, because of the “high price of medical cannabis”.

In the ruling, Judges Yosef Elron, Yehiel Kosher and Ruth Ronan state that the petitioners argued in the petition, among other things, about the need to grow the cannabis themselves out of a desire to “receive organic cannabis without pesticides and which does not undergo irradiation”, to avoid the problem of mold, and because this is required in order to allow a choice of the appropriate variety and also that the growing process of the plant itself is a form of therapy for them.

In response, the state claimed that the petition should be rejected outright and in its entirety, among other things due to a heavy delay in its submission since its case concerns a government decision from 2016, as well as due to the failure to exhaust procedures as required and due to the failure to join the Israeli government as a respondent. The state also claimed that the decision not to allow self-cultivation was made on the basis of weighty reasons and that there is a fear of overuse, a high potential for theft and leakage, and there is no real medical advantage in self-cultivation of cannabis.

“It was noted,” the judges wrote, “that in the past two petitions were submitted that also dealt with this issue – one in 2016 and another in 2019, and both were deleted.” They further detailed that the petitioners rejected the state’s claims in its answer, and explained that they waited until now “to give the reform a chance to prove itself”. Regarding the claims of spillage, the petitioners explained that it can be “neutralized” by “adopting the Canadian model” in which the number of pots is adjusted to the approved monthly dose, and with regard to the potential for theft, the petitioners explained that the drop in prices on the black market makes this argument irrelevant.

“The feelings of the petitioners and their plight can be understood,” the judges wrote in the ruling, “however, the petition must be rejected outright. This is, first and foremost, since the petitioners seek to obtain a government decision that was made about 6 years ago, so their petition was submitted with considerable delay. The petitioners, too Now, they have not exhausted procedures against the relevant party and their early requests (to the Ministry of Health) did not contain the multitude of claims in the petition.”

Finally, before rejecting the petition, the judges concluded that “when we decide this, it will be clarified that we have not lost sight of the claim that ‘some of the petitioners still did not have a permit for cannabis in 2016 anyway, others had a permit but there was no supply problem…’, however in this sense, The comprehensive manner in which the petitioners formulated their reference for the purpose of defending themselves against the claim of delay, without assuming a factual basis in relation to each and every petitioner – in their tenants.”

Summary of the parties’ claims

The petitioners add that each of them contacted the respondents, moving to submit the petition, with a request to obtain a permit for self-cultivation of cannabis for medical purposes, but their requests were not answered. According to them, their right to take care of themselves in the most efficient way is derived from a fundamental law: human dignity and freedom.

It is also claimed that after 2018 the situation in the cannabis market changed for the worse, so that it is not similar to the situation in 2016, when the government’s decision was made. Now, according to the petitioners, there is a significant market failure manifested, among other things, in the high price of medical cannabis.

The petitioners add that they can bring before the court experts who will testify to the many advantages of self-growing the cannabis plant. The petitioners conclude their petition by explaining that: “… it is requested to return the legal situation to its original state, to the same situation as it was until 2016, when those who received a permit to use cannabis for medical purposes could choose between self-cultivation and the orderly purchase of the plant’s inflorescence ” (Section 131 of the petition ).

It was noted that in the past two petitions were submitted that also dealt with the issue of growing cannabis for medical purposes by the patients – the first (High Court of Justice 271/15 Bergrin v. Ministry of Health (13.6.2016)) – was deleted due to the existence of an alternative remedy; the second (at M (Minhaleim 10-19) 44906-10-19 Bergerin v. Minister of Health – Mr. Binyamin Netanyahu (November 26, 2019)) – it was also deleted because the procedures for its submission were not exhausted and in view of the comprehensiveness of the petition.

It was also emphasized that the petition before us also began with a petition to the District Court in Jerusalem, in its session as a court for administrative matters (ATM 24074-02-22) which was deleted by consent in a judgment dated 4.4.2022. This, after it was made clear to the petitioners that the petition fundamentally attacks the The government’s decision and therefore the authority to discuss it rests with this court.

In essence, it is claimed that the government’s decision is reasonable and well-founded and that it was made on the basis of weighty reasons, so there is no room for interference in it. It was emphasized that there are several considerations underlying the decision not to allow the patients to grow cannabis independently. Among other things: that there is a fear of overuse of patients; There is a high potential for theft and leakage of the drug; And there is no real medical advantage in growing cannabis yourself.

Against the background of the claim regarding their delay, the petitioners claimed that they are not seeking to attack a government decision, but that each of them is seeking to personally attack the decision made in his case. According to them, they waited until now “ to give the reform a chance to prove itself “. In addition, they argued that they should not have petitioned against the Israeli government either, since the Ministry of Health is one of the government ministries.

In response to the arguments of the respondents to the body of the matter, the petitioners claimed that the danger of overuse by patients can be neutralized by adopting the “Canadian model” in which the number of pots allowed to grow corresponds to the monthly dose approved for the patient. With regard to the potential for theft, it was explained that the steep price drop since 2016 of the price of cannabis on the “black market” makes this argument irrelevant. In addition, the petitioners dispute, among other things, the claim that there is no real medical advantage in self-growing the plant. Apart from that, he rested, in the main, on the claims that were raised in the petition.

The petitioners did claim in their answer that they do not seek to attack the government’s decision, but there is no truth in this claim – both because it contradicts the content of the petition, as already stated in its first section: “ This petition is an administrative petition against section 3.3 [Cal 3.c – 11 ] in Government Decision 1587 of 2016 …”; both in view of the essence of the matter. This delay, in itself, justifies the rejection of the petition outright (High Court of Justice 6420/21 Dvir v. Ministry of Health , paragraph 6 (September 30, 2021 ); High Court of Justice 5693/20 Abramov and 120 others v. the Government of Israel , paragraph 14 (11/18/2020)).

“This is not a technical-formal obligation imposed on the petitioner, but rather a threshold condition for a court to need a petition. This condition is intended to serve essential purposes, in which the possibility that the appeal to the competent authority may avoid the need for legal litigation. Even if the early application does not obviate the need for legal litigation, it can to be in it and in discussions with the authority in order to focus the dispute and form the necessary factual and legal infrastructure for the court’s decision” (High Court of Justice 836/22  Nivision Municipal Services Ltd. v. the Israel Tax Authority , paragraph 4 (February 13, 2022); See also: High Court of Justice 6200/18 Berkowitz and 30 others v. Ministry of Agriculture and Rural Development , paragraph 4 (16.9.2018)).

In our case, the early applications of the petitioners did not contain the multitude of claims in the petition. Therefore, and even if the references had reached him, they would not have constituted the exhaustion of legal proceedings (High Court of Justice 7358/21 , Adv. Roi Sharaf v. Prime Minister, Mr. Naftali Bennett , paragraph 8 (12.14.2021)).