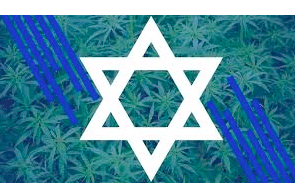 The proposed regulations, which are expected to be approved in the coming days, would decriminalize personal cannabis use and expunge the criminal records for those convicted in the past in the majority of cases

The Israeli government is considering decriminalizing recreational marijuana use and expunging the criminal records of those convicted of personal possession or use of cannabis, President Isaac Herzog and Justice Minister Gideon Sa’ar announced Sunday.

On approval of the new regulations, those with recreational-use convictions would be able to submit a request to have their records voided, while those with pending criminal proceedings would be able to contact the police with a request to drop the charges. The move, said the statement, is intended “to lift the criminal labeling and the stain that accompanies it” and to “complement” decriminalization regulations published last month.