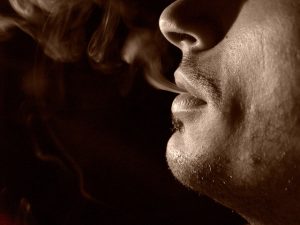 The Californian cannabis industry watched with the nation, as 47 patients across 25 states lost their lives to possible ­­vaping associated pulmonary illness this summer. And as the epidemic dragged on, news reports covered a notable dip in vape sales, understandably as consumers took a slight step back from vaping until safety could be assured.

When the Centers for Disease Control and Prevention (CDC) confirmed there was a vaping crisis sweeping the nation, media reports surrounding the deaths believed to be linked to vaping also covered news of the crisis hurting cannabis vape sales. At the time, vaping was the cannabis industry’s fastest growing segment. It appeared that California bore the brunt of the fallout, and Marijuana Business Daily reported the state’s vaping shares for the recreational cannabis market dropped for four weeks straight, “from 30.5% the week of August 19 to 24.3% by the week of September 16.”

Since then, data has shown that vaping cannabis sales have stabilized, and even increased market share in a number of states. Tom Adams, BDS Analytics’ Managing Director of Industry Intelligence explains that’s because people enjoy vaping, they see it as a healthy substitute for smoking cigarettes and cannabis, and find vaping far more convenient and discrete than burning dried plant matter. So unless we see a total government ban imposed, a slowdown is unlikely.

How Growers Are Fairing Amid the Vaping Scare
The key element to examine following the vaping epidemic, is if customers move away from vaping, are they choosing a replacement, and if so, what is that? As an illustration, if typical vaping customers were to shift to flower cannabis instead, then growers may even gain from the outcome. That’s because they’d sell greater amounts of cannabis for flower transactions, at higher prices, than they would when developing concentrates.

Over the past six months, Sherbinskis is one cultivator who has learned a thing or two about the market in the wake of the vaping crisis. Mario Guzman, the company’s founder and CEO, who grows premium cannabis for both flower and vaping products, says back in the summer he was concerned about what the future may hold for his business.

But Guzman, who was surprised that sales weren’t affected as much as expected, had also been earning trust with customers throughout California for more than 15 years. So he thinks the fact that he has always made an effort to do things with integrity, has helped his business to hold steady during a turbulent time.

“People trust the name Sherbinskis, and they know that when they come into a licensed dispensary to purchase our product that they can trust it’s safe,” he said.

Fallout Among Dispensaries
Regulations in legal states have provided a degree of safety, with some stores reporting no fallout at all following the nation’s ongoing vaping crisis. Herbarium Founder and President, Adie Meiri, runs a cannabis store in Los Angeles, and has always worked hard to build a reputation for delivering only safe, potent and clean products.

Meiri believes they have not seen the kind of decline that other stores may have, thanks to the time and effort they’ve placed in educating their customers over the years. It is this education that often results in client trust and retention. And it also helps customers to spot differences between regulated products and bootleg versions, which can have potentially lifesaving outcomes.

Legal Implications
While state and federal lawmakers may eventually tighten up regulations to better protect consumers from harm and the cannabis industry from bootlegs, but in the meantime, the industry is calling for improved safety testing and new vaping associated pulmonary illness studies.

Health has always been at the center of why so many use cannabis, which is why it is so important that products can offer strong safety claims. With millions of cannabis users’ lives at stake, and billions of dollars invested, the industry must find a way to weed out products that are unsafe.