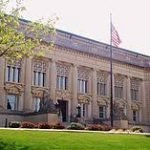 The court’s decision could have major implications for policing in the era of legal marijuana, though the stop at issue occurred before the law legalizing marijuana took effect Jan. 1.

At issue before the Illinois Supreme Court was the case of Charles Hill, who was pulled over as he was driving in June 2017 by an officer who said that he smelled raw cannabis after he approached the vehicle and that he then saw a small bud in the backseat.

The smell and sight led him to believe he had probable cause to search the car, the officer testified. The search revealed a small rock of crack cocaine, which led to a possession charge. No marijuana bud was recovered and no marijuana charges were filed.

At the time of the stop, medical exemptions were permitted; without one, 10 grams or less of marijuana was a civil offense resulting in a fine of up to $200.

Hill’s attorney, Zachary Rosen, argued in court Tuesday that the smell of marijuana would not necessarily indicate that a crime was being committed, and therefore was not in itself sufficient to give probable cause to search a vehicle.

“So the question that this case brings is, when does an officer have probable cause, and does the fact that the legislature has passed some new laws change the court’s determination of when an officer has probable cause?” Rosen asked.