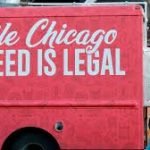 The road to Illinois becoming the 11th state in the country along with the District of Columbia to legalize adult-use recreational cannabis was a long and winding one.

Now that the law has finally gone into effect, however, human resources executives around the state are realizing that the real work of understanding and applying the law to their employees is just beginning.

Employers will need to refine existing policies and, in many cases, craft entirely new ones to address the issues created with legalization, a process that will require input from labor and employment lawyers as well as those specifically focused on cannabis regulations, working in concert with in-house counsel.

The complexities of this issue were discussed at length at a recent B-Sharp at Breakfast event.

Benesch launched B-Sharp in 2018 as a networking and professional development platform for women corporate counsel. The Jan. 23 forum, “The Legalization of Cannabis and Implications Under State Law,” brought together labor and employment lawyers, members of Benesch’s cannabis practice group and in-house counsel from Illinois employers.

Attendees examined the evolution of labor and employment law in legalized cannabis states, such as Illinois, and the many new human resources challenges that employers in Illinois now face in the post-legalization environment.

Front and center for the panel was the important topic of employee drug-testing. Most notably, attendees at the forum discussed how zero-tolerance laws will mesh with employees who use cannabis for prescribed medical purposes as well as what kind of impairment standard employers should use to enforce their policies.

“The issue with drug-testing employees is that there is no dependable way to test for the level of impairment,” said Ali Jubelirer, general counsel of Revolution Enterprises.

Employers in Illinois also need to grapple with what to do when employees who hold a medical cannabis card fail a drug test. Across the country, results of employment cases involving medical cannabis use by employees have been split.

In the 2015 Colorado case, Coats v. Dish Network, an employee was fired for failing a drug test. But the employee in question was a quadriplegic who was a registered medical cannabis user. In this matter, the Colorado Supreme Court eventually ruled that the employer did not violate the state’s anti-discrimination statute for firing the employee.

But in other cases, the court rulings were employee-friendly. In the 2019 case Whitmire v. Walmart Inc., the U.S. District Court in Arizona ruled that the employer discriminated against its employee under Arizona law when it fired her, a medical marijuana cardholder, solely due to a positive marijuana drug test.

As long as cannabis remains classified by the U.S. Drug Enforcement Administration as a Schedule 1 narcotic and is thus illegal at the federal level, the onus is on individual states to craft laws that protect both employers as well as citizens who use cannabis legally.

Here, in Illinois, as we continue the transition to adult-use cannabis sales, legislators and employers are working together on the next steps. Retaining employer protections of a drug-free workplace is critical, as is monitoring increases in employee use.

Employers also face questions around how to address use among remote workers and what to do about employees using medical marijuana for pain treatment while receiving workers’ compensation benefits.

It is key for employers in Illinois to stay up to date with this new and complex law and to develop strategies for compliance.