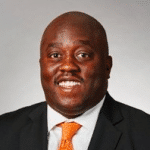 They were (excuse the pun) weeding positive testing attorneys out.. but now they’ve been forced to reverse that policy.

A power struggle has been brewing in Cook County, where job offers to several attorneys from Public Defender Sharone Mitchell were rescinded after confusion over the county’s drug policy.

Recreational marijuana became legal in Illinois last January. That complicated the hiring process for many, including a handful of attorneys offered jobs months ago by the Cook County Public Defender’s Office. Their offers were revoked when drug tests came back positive for marijuana.

Soon after the I-Team started asking questions, Cook County told us the policy is being changed and the attorneys are being asked to reapply.

Brittany Robinson and Matt Stein applied for open attorney positions in the Cook County Public Defender’s Office. Both received job offers. Both of their drug tests were positive for marijuana. Both told the I-Team they use recreationally.

“As long as there’s not a substance abuse problem, if a person is going to work sober, they’re meeting their duties to their clients, that should be enough,”

Stein said. “It’s not, it’s not something the county should really be investigating unless there’s some sort of reasonable suspicion that this person has a problem and it’s interfering with their ability to serve the residents of Cook County.”

“What I do on my own time does not affect my professional responsibilities,” Robinson told the I-Team.

Lester Finkle, former Chief of Staff for the previous Public Defender, Amy Campanelli, says only the Cook County Bureau of Human Resources can designate a job as safety-sensitive, not the Public Defender. Finkle says Campanelli was against drug testing applicants after recreational marijuana was legalized in Illinois.

The new Public Defender, Sharone Mitchell, sent this statement to the I-Team:

“The Public Defenders Office’s is disappointed that we were unable to hire these candidates who are highly qualified. Our position has never changed, their alleged consumption of cannabis, whether for medicinal or recreational purposes, should not be a factor in determining whether they should be offered a position with our firm.

Additionally, we believe employment testing for cannabis is wholly inappropriate given its legality, widespread safe use, and the fact that testing only proves that a person may have consumed at some point in the past, not that the person is currently inebriated or somehow unable to complete the duties of the position in the most effective manner possible.

The Public Defender’s Office expressed this concern to the County’s Bureau of Human Resources, and we were more than pleased to learn that they were receptive to our advocacy on this issue. We learned late last week that the County has agreed to revise its Drug & Alcohol Policy and the Assistant Public Defender position will no longer require a drug test. Moreover, the affected candidates will be allowed to reapply immediately.

We want to thank President Preckwinkle and the Bureau of Human Resources for their prompt attention to this matter. The County has long been a champion of equity and justice under President Preckwinkle’s leadership; this was reflected in the County’s prompt decision to remedy this issue.

This type of drug testing is an archaic relic of the racist War on Drugs, a war that our Public Defenders are tasked with fighting every day. We are proud to have a hand in changing this policy and practice and look forward to continuing the fight for structural policy change inside and outside the courtroom.”