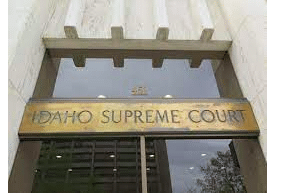 The Idaho Supreme Court has rejected a new law designed to make it harder for voters to get initiatives on the ballot, saying the legislation was so restrictive that it violated a fundamental right under the state’s constitution.

The ruling issued Monday was a win for Reclaim Idaho, a group that successfully sponsored a Medicaid expansion initiative three years ago and that is now working to qualify an initiative for the ballot that aims to increase public education funding.

Idaho Speaker of the House Scott Bedke said in a prepared statement that members of the House Republican Caucus were disappointed by the ruling. He said the law would have increased voter involvement, “especially in the corners of the state too often forgotten by some.”