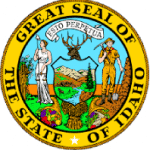 Idaho marijuana activists have submitted revised text for a ballot initiative to legalize marijuana in the state following a review by the state attorney general.

Meanwhile, a separate campaign to legalize medical cannabis in the state is also underway, with advocates actively collecting signatures to qualify that measure for the 2022 ballot.

The adult-use initiative would be fairly limited in scope. It would make it so possession of up to three ounces of marijuana would be lawful on private property for adults 21 and older. Home cultivation would be prohibited, however, and there would be no legal and licensed system of cannabis retailers.

Possession outside of a private residence would generally remain criminalized, though the measure specifies that “transporting a personal amount of marijuana from a jurisdiction where the marijuana was legally purchased” would be legal. That’s crucial because adults would be able to travel to dispensaries in neighboring states such as Montana, Nevada, Oregon and Washington and bring marijuana back home with them.