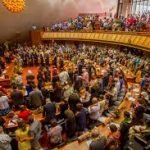 Based on state legislature filings, 2020 may be just as dramatic for the marijuana industry. After the deadline to introduce new bills passed last week, 21 new measures have been proposed, with several more carried over from last year’s session.

Ten new bills have been introduced in the state House of Representatives, with another 18 carried over from the 2019 legislative session after stalling or being deferred. Of those 10, two focus on establishing a permanent industrial hemp industry in the state, something that nearly passed last year until it was vetoed by Gov. David Ige.

“The last one went through the House and the Senate with no reservations,” said Rep. Richard Creagan, who co-sponsored both of the hemp bills. “So I hope the governor will be able to change his perceptions on the bill this time.”

Creagan said the hemp bills will expand the state’s current industrial hemp pilot program to a full, permanent program. The current program is set to end in 2021, he said, so the state either needs to develop a permanent replacement by then or allow the U.S. Department of Agriculture to “impose” its own program on the state.

Another hemp-related bill in the house requires hemp products to be labeled, while clarifying that dispensaries are allowed to sell hemp products.

Of the three remaining new House bills, one would require dispensaries to be closed on state and federal holidays and would prohibit dispensaries from being located within 750 feet of a public housing complex. A second would include a question on the 2020 general election ballot asking whether the electorate wishes to fully legalize recreational cannabis in the state.

The final new bill in the house is unlike all the other marijuana bills introduced this year in that it hopes to undo the legalization that took effect only this month.

House Bill 2018 was introduced by five Oahu representatives and argues that “Hawaii should be protected from suffering the dangers and risks increasingly occurring in states which have endorsed the possession and use of marijuana through means of decriminalization and legalization.” The bill further cites studies from several different federal agencies that found that use of marijuana slows reaction times, increases the rates of vehicle collisions and can cause “a permanent loss of up to eight IQ points.”

In the Senate, 11 new bills have been introduced this year, while another 18 have been carried over from last year.

One of the Senate bills mirrors the House industrial hemp measures, another matches the bill that legalizes the sale of edible products, and a third is the same as the one authorizing naturopathic physicians as certifiers.

Several of the remaining new Senate bills generally focus on broadening the scope of the state’s marijuana legalization. One would update the definition of “usable cannabis” to include the dried leaves and flowers of a cannabis plant, another asks the Drug Enforcement Administration to grant a federal schedule 1 exemption for the use of medical marijuana in Hawaii, while two others call for the wholesale legalization of the substance for personal use and the repeal of all criminal penalties related to it.