Fruity, juicy, sweet, and gooey; that’s Gushers in a nutshell. Not just when it comes to the candy, either. The indica-leaning Gushers strain of weed is all that and more. It has a euphoric head high that will make you almost as giddy as a kid in a candy store. Luckily, the body buzz will relax you and keep you from feeling like you’re bouncing off the walls.

The Gushers weed strain (also known as Fruit Gushers) is a California Cookies Fam Genetics creation. They’ve crossed their famous Gelato #41 with a tropical treat known as Triangle Kush. The result is a tasty 60% indica/40% sativa hybrid with some of the best traits from both parents. THC content varies depending on the grower, but it averages about 15%. Some plants can reach all the way up to 25%, though. If you treat your plants well, you’ll be rewarded.

Gushers is
great for more than just recreational use, too. The moderate THC levels in many
varieties make it ideal for therapeutic use. The even, hybrid qualities are
useful for everything from chronic pain to anxiety. The euphoric head high
combined with a relaxing body high eases worries while also easing aches and
pains.

Download my free Grow Bible and grow your own Gushers!

The effects of the Gushers weed strain take a few minutes to build, but they’re worth it. The moderate to high THC content stimulates a buzzy, but laid-back head high that begins as a tingly bliss coming from the back of the scalp and moving forward. It never revs up into an anxious, energetic high. Instead, users find that their worries float away, and life just seems a little easier to handle.

The body
high kicks in with the head high, melting anxiety, worries, and muscle tension
away. It’s best described as low-stress, and many describe the entire
experience as ‘chill.’ The body-calming strain makes you loose, but not tired,
which helps keep the night going. The combination of the chill head high and
the mellow body buzz helps keep users awake and aware, but unstressed. It’s a
great complement to a night on the couch with friends and a good movie.

Just like
the candy, Gushers smells sweet and fruity. There’s a serious hint of creamy
cookies from the Gelato #41 heritage. Once you spend a little time with it, the
herby, spicy undertones start to come through.

There
aren’t many surprises to the flavor once you’ve smelled Gushers. Your first
toke will be a big mouthful of sour fruity candy, with heavy tropical notes.
There’s also a matching cookies and cream aspect that keeps the experience
smooth.

Since the average THC level in Gushers is moderate, adverse reactions are minimal. In general, the most common responses are dry eye and cottonmouth. The indica heritage keeps anxiety down, but it can make you drowsy or slightly paranoid – especially with overconsumption. This means these effects can be minimized by pacing yourself and knowing your limits.

While
there are plenty of recreational reasons to use Gushers, there are are also plenty
of people who swear by its therapeutic usefulness.

The
euphoric head high is a smooth, easy way to relieve anxious thoughts.
Depression, anxiety, and PTSD symptoms can all benefit from regular use of this
strain. The Gushers weed strain helps lift dark moods and banish worries.

The chill
head high evens out anxiety by calming repetitive thoughts and slowing
aggravated heart rates. Despair or hopelessness melts away, allowing gentle
bliss to take over. Symptoms of OCD or PTSD often fade into obscurity. The
simple things that typically distract or cause pain, no longer catch your
attention.

Those with
chronic stress also start to unwind after long days, both mentally and
physically.  The body high is relaxing
and tingly, giving muscles a chance to relax. That relief of tension helps ease
pain and aches from stress or even chronic illness. People with arthritis pain,
cancer pain, and fibromyalgia have reported gaining relief through Gushers.

Even those
with chronic insomnia enjoy Gushers. While the strain itself doesn’t make
people sleepy, it eases the stress or focus that prevents sleep. The deep
relaxation of this strain helps people find a calm mental place. When the high
winds down, most enjoy a night of deep, restful sleep.

The Gushers strain is relatively new, and not many growers have reported their experiences yet. Early reports imply that it’s a pretty standard indica-dominant hybrid. It’s bushy and relatively easy to cultivate as long as there is enough light. Look for plants to reach three to four feet indoors and up to six feet outside.

Since it’s
a bushier strain, you don’t have to worry as much about high-stress training as
you would with a tall, slim strain. You can still use low-stress training to
help get the most out of your plants, though. The Screen of Green method can
help develop an even canopy and maximize the light at every bud site. You could
also try lollipopping to increase the yield.

Using the
lollipopping method is also a good idea because it can help Gusher plants with
airflow. Because this is a bushier strain, its dense foliage can harbor
diseases where you can’t see it. Things like powdery mildew and pests can
thrive in the calm, dark interior of a plant. Pruning using the lollipopping method
will keep airflow even throughout the plant and cut down on pest threats.

If you’re
growing your Gushers plants inside, you should expect your harvest to take 10-11
weeks. Harvesting the indoor plants usually yields about 3-5 ounces of bud per
square meter.

In the northern hemisphere, Gushers strain plants grown outside should be ready to harvest around late October. Because of this, the strain is better suited to warmer climates where it won’t freeze before it’s ready to smoke. Look for 6-8 ounces of dank bud per plant when grown outside.

What is the Gushers strain yield?

How much THC does Gushers have?

What are the origins of the Gushers strain?

Gushers was created from a cross between Gelato #41 and Triangle Kush. 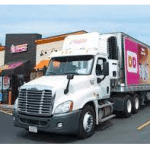 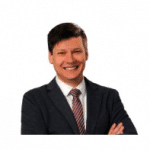 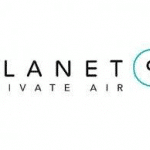 A North Carolina business wants $2 million from a private jet company on accusations that a form...view more 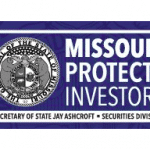 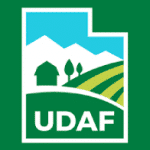 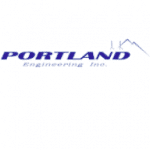 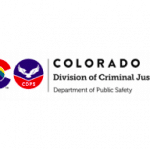 EXECUTIVE SUMMARY In 2013, following the passage of Amendment 64 which allows for the retail sale...view more 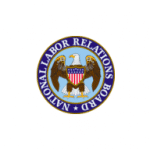 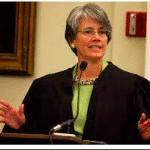