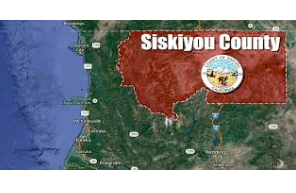 One of two marijuana growers charged with offering the Siskiyou County sheriff a $1 million bribe in 2017 pleaded guilty in federal court in Sacramento Tuesday in a plea deal that allows her to escape trial. Gaosheng Laitinen, 41, of Cottage Grove, Minnesota, pleaded guilty in a Zoom hearing before U.S. District Judge John A. Mendez to conspiracy to commit bribery and conspiracy to manufacture marijuana, felony counts that could have netted her up to 20 years in prison.

Laitinen was charged along with her brother, Chi Meng Yang, 36, in an audacious scheme to bribe then-Sheriff Jon Lopey for to buy protection for marijuana grows in the county, prosecutors say.

The U.S. Attorneys Office in Sacramento said Yang offered Lopey $1 million during a meeting in the sheriff’s Yreka office on May 17, 2017, “in exchange for his assistance with an interstate marijuana distribution business that Yang and others were in the process of organizing in Siskiyou County.” Immediately after the meeting, Lopey called the FBI and agents began recording subsequent meetings.