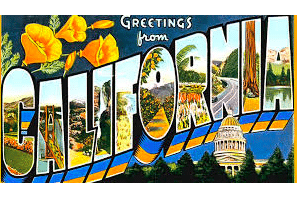 They have 3.2 trillion reasons to care.

Governor Gavin Newsome recently signed California Assembly Bill 45 (AB 45) into law, which, among other things, allows hemp-derived cannabidiol (CBD) to be included in any food, beverages, and dietary supplements sold in California. This is not only a break from California’s prior position prohibiting CBD from being included in such products even as the State began to tax and regulate its cannabis industry, but it is also in stark contrast with the U.S. Food and Drug Administration’s (FDA’s) current position on the issue. Unless and until FDA changes its guidance prohibiting CBD-infused food, beverages, and dietary supplements sold in interstate commerce, laws like California’s will continue to add to a confusing and contradictory regulatory landscape. Thus, food and beverage companies should ensure they carefully monitor state developments on this issue, which may be inconsistent with federal law and guidance.

As we have previously discussed in our Tobacco Law Blog, the Agriculture Improvement Act of 2018 (2018 Farm Bill) legalized “industrial hemp” (a term used to refer to strains of the plant containing less than 0.3% delta-9 tetrahydrocannabinol (THC)) and its derivatives by removing hemp from the list of federally illegal controlled substances. While this watershed law legalizes the production of hemp, and by extension hemp-derived CBD, it does not regulate processed hemp-derived CBD products, such as CBD-infused food and dietary supplements. Rather, the law preserved FDA’s authority to regulate processed hemp products under the Federal Food, Drug, and Cosmetic Act (FD&C Act).

FDA, however, has been slow to act. The agency has not promulgated formal regulations, although it has issued nonbinding guidance, taking the position that CBD is a drug under the FD&C Act and that it is illegal to market CBD in interstate commerce by adding it to food or labeling it as a dietary supplement. FDA has also issued warning letters to CBD companies, but it has not taken significant enforcement action against them. FDA has accepted three generally recognized as safe (GRAS) notices for hulled hemp seed, hemp seed protein powder, and hemp seed oil, but all three of these contain only trace amounts of THC and CBD. While hemp seed oil can be legally marketed in human foods, the high CBD products most commonly seen on the market today use high-CBD oil extracted from the stalks, leaves, and flowers of hemp plants; such oil is not protected by the GRAS notifications.

In response to FDA’s inaction on formal regulation of CBD, Congress is considering legislation that would allow CBD to be used in food, beverages, and dietary supplements and require FDA to establish regulations. The success of the legislation remains uncertain, and states have stepped in to fill the void.

In the latest example of state action on CBD-infused products, California Assembly Bill 45, among other things:

Some details of AB 45 are similar to the policies of other states that explicitly permit the sale of CBD products, and other details are quite different. Notably, AB 45 has drawn criticism from some hemp industry groups in California due to its prohibition on the manufacture or sale of inhalable, or smokable, hemp products in California until the legislature establishes a tax on such products.

The uncertain legal landscape related to CBD-infused food, beverages, and dietary supplements leaves companies in this market navigating choppy waters, contending with detailed state requirements that may be inconsistent with each other and with federal laws and guidance.