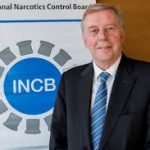 The International Narcotics Control Board (INCB), responsible for monitoring compliance with global drug treaties, has admitted it may have to water down its hardline approach to cannabis regulation to stay relevant.

The agency released its annual report on Thursday, and with a new president in charge, it finally appears ready to listen to the rest of the world on cannabis reform.

In presenting the report, President Cornelis P. de Joncheere said questions have to be asked of the existing treaties’ worth, given their age.

“We have some fundamental issues around the conventions that state parties will need to start looking at,” he said. “We have to recognize that the conventions were drawn up 50 and 60 years ago.”

He said now is the right time to begin rethinking the treaties such as the 1961 Single Convention on Narcotic Drugs, which turns 60 next year.

The INCB also said national governments may want to take the responsibility to interpret the treaties in a way that is less draconian.

“The conventions provide states with the possibility of applying alternative measures to conviction, punishment and incarceration, including education, rehabilitation or social reintegration,” de Joncheere said. “The international community faces numerous and complex drug challenges and the drug control treaties remain the foundational stone to address those challenges.”

Despite the president’s remarks, the contents of the report are much the same as in previous years, noting where advances in medicinal cannabis are being made, and criticising any jurisdiction that is allowing non-medical use of marijuana.

Globally, cannabis “continues to play the most prominent role” among both adolescents and adults, the INCB said of its research.

The report found that substance abuse and associated health consequences are highest among young people, with cannabis being the most widely used substance. The highest rate of use, in young people aged 15-16, is in Europe (13.9 percent), followed by the Americas (11.6 percent), Oceania (11.4 percent), Africa (6.6 per cent), and Asia (2.7 percent).

“We pay special attention to this development […] and highlight our concern over the situation in a few countries that have moved to permit the use of controlled substances, namely cannabis, for non-medical use contrary to the provisions of and their obligations under the drug control treaties.”

Illinois became the 11th US state to legalise recreational cannabis on January 1, and recorded a tax intake of more than $10m in a single month.

The regulator references Illinois’ decision, reminding the US of its obligations to align with international law. “The INCB reiterates that measures that permit the non-medical use of any controlled sub- stance, including cannabis, are in contravention of the legal obligations incumbent upon States parties.”

It also rebuked the European Union state of Luxembourg for its plan to allow residents to use cannabis recreationally, and warned off other areas of Europe from attempting the same.

“An increasing number of European countries were exploring or had established medical cannabis programmes in keeping with their obligations under the 1961 Convention as amended by the 1972 Protocol. In a few countries, there were indications of steps underway towards the legalization of the non-medical use of cannabis that included the legalization of the cultivation, distribution and use of cannabis for such purposes, notably in the Netherlands and Luxembourg.” 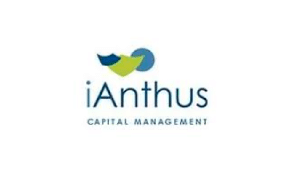