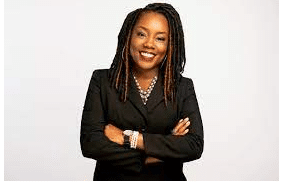 People possessing less than an ounce of marijuana will no longer be prosecuted by the Chatham County District Attorney’s Office.

District Attorney Shalena Cook Jones cited a 2019 operations bulletin from the Georgia Bureau of Investigation as her reasoning. The bulletin specifies its labs will only accept “leafy material” weighing at least an ounce if felony charges are filed and “priority testing is needed due to pending court.”

The office announced the change in a news release late Wednesday afternoon.

“Lawful prosecutions and convictions can only be based on evidence and proof,” Jones said in the release. Jones went on to note prosecuting marijuana cases would be difficult without lab testing, and added Georgia’s Hemp Farming Act “makes it more difficult to distinguish between illegal marijuana and legal hemp.”

People possessing more than an ounce of marijuana will still be prosecuted, if there is evidence indicating they intended to sell or distribute it, if marijuana is used in the presence of children or school zones, or if it impairs someone’s ability to drive.

Jones said the office intends to evaluate each matter on a case-by-case basis.

Jones noted the decision will help with an increased backlog caused by the COVID-19 pandemic. The new policy takes effect immediately.