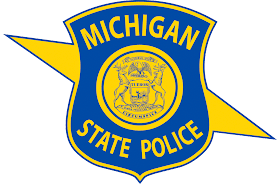 Michigan State Police (MSP) are not offering any comment or follow-up after halting blood tests for cannabis late last month after discovering false positives for THC in the protocols. In a statement following the initial report, Shanon Banner, manager of the Public Affairs Section for MSP said the agency was “immediately halting the processing of all THC blood samples” out of an “abundance of caution” as the agency worked “to learn more” or “institute another validated method of testing to ensure accuracy.”

On August 31, the agency halted the testing following an interview with MSP Toxicology Unit Supervisor Geoffrey French by freelance reporter Eric VanDussen in which French confirmed that his department’s testing for THC levels in blood samples was unreliable and that the MSP Forensic Science Division had been using the faulty testing process for more than 20 years.

Last week, MLive asked Banner for an update, to which she responded that the “August 31 statement is still the most current information” the agency has to share.

In the statement, MSP estimated that there are more than 3,000 cases that could be impacted by faulty THC blood tests but that any drug tests that confused CBD and THC prior to March 28, 2019, are moot because hemp remained outlawed in Michigan.