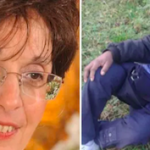 Cannabis Now reports that this  controversial case in France, the admitted perpetrator in an anti-Semitic murder will not stand trial and will be going to a drug rehab facility instead of prison — on the basis of his claim that he suffered from temporary insanity because of cannabis use.

French Jewish leaders are, of course, aghast. But the decision also sets an alarming precedent in the fight for cannabis normalization, legitimizing the dubious notion of cannabis-induced psychosis and further entrenching the stigma. It’s certainly an irony that the once-laughable notion of reefer madness is being exploited to keep someone out of jail.

The Paris Court of Appeal on Dec. 19 ruled that Kobili Traore, who admitted to murdering his elderly Orthodox Jewish neighbor Sarah Halimi in April 2017 while shouting anti-Semitic slurs, will not face trial for the crime — due to mental incapacity caused by his use of cannabis.

Traore had no history of mental illness, according to the Times of Israel, but a psychiatric report issued in September concluded that on the night of the murder, Traore suffered an “acute delirium” after heavy cannabis use. The report said he’d been smoking 15 joints a day, causing him to believe “a demon had possessed him” and to lose control of his actions.

As Israeli website YNet reports, citing French media accounts, Traore will be sent to a drug rehabilitation facility under the ruling.

Alarmingly, of three medical experts called to testify in the case, only one argued that use of cannabis did not nullify Traore’s criminal liability. And according to an account on Jewish news site The Tablet, even this dissenting “expert,” Dr. Daniel Zagury, gave credence to the notion of cannabis delirium, asserting that “there is an alteration of discernment and not an abolition” from cannabis use.

French Jewish parliamentarian Meyer Habib assailed the ruling: “As a member of Parliament, I do not criticize court decisions, but as someone involved in the case from day one — I am simply shocked.”

Habib also noted a double standard about cannabis use versus alcohol where criminal responsibility is concerned: “[T]his decision sends a clear message to all criminals: when one drinks and commits an offense it is aggravating circumstances, and when another partakes excessive amounts of drugs, it is a mitigating circumstance and he is not responsible for his actions.”

Francis Szpiner, a lawyer for the Halimi family, made a similar point in comments to the UK’s Jewish Chronicle, and warned that the case could set a dangerous precedent: “You’re saying that people can walk free after carrying out criminal action just because they were allegedly not aware of the effects of drugs or other substances? Will this also apply to drunk drivers who kill children on the road?”

Read the full article at  https://cannabisnow.com/murderer-wont-stand-trial-because-cannabis-use-caused-psychosis-court-rules/