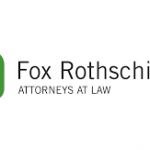 The  FR press release says  – As a testament to its reach and impact on clients in this highly regulated industry, Fox Rothschild’s Cannabis Law Group has been named a 2019 “Practice Group of the Year” by Law360.

The prestigious list “honors the firms behind the litigation wins and major deals that resonated throughout the legal industry in the past year.”

Throughout 2019, Fox’s Cannabis Law Group helped guide and structure deals worth more than $2 billion, facilitated industry-shaping mergers and acquisitions, and served as regulatory strategists to lawmakers in preparation for the wide-reaching changes that come with legalizing medical and recreational cannabis.

Cannabis Law Co-Chairs William Bogot and Joshua Horn have spearheaded a range of legal innovations for clients seeking to expand in the industry, including the formulation of the opinion that shaped the SEC’s decision to allow the launch of the first-ever actively managed cannabis growth mutual fund in the United States.

The 70-attorney group is ranked in the highest tier nationally by Chambers USA and is among the largest and deepest in the country. In addition to handling litigation, transactional and regulatory work, the team assists cannabis clients with a range of corporate, intellectual property, labor and employment and real estate and zoning issues.

Responding to the evolving needs of businesses in the legalized cannabis industry, the group publishes several valuable resources: two state-by-state surveys of marijuana laws – a National Survey on Marijuana Laws and Regulations and a National Survey on Marijuana in the Workplace and Drug Testing Laws; a Cannabis Industry State Tax Guide; and “In the Weeds,” a blog that monitors developments in marijuana law and business.