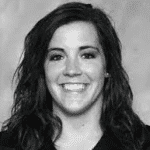 The 4-3 ruling reverses a decision from the Wisconsin Board of Bar Examiners to block Abby Padlock from becoming an attorney in the state.

According to court documents, Padlock became a drug smuggler to earn money so she could become an international language instructor. Police stopped her and a friend as they were driving through Minnesota in 2015 and discovered 114 pounds of marijuana in their vehicle that they were moving from Oregon to Wisconsin. Police also discovered $30,000 in her house that she had been paid for the job.

Padlock was charged with two felony drug counts. The charges were reduced to one count of misdemeanor marijuana possession. She was sentenced to three days in jail, placed on probation for two years and ordered to pay a $30,000 forfeiture.
She applied to the University of Wisconsin Law School while she was still on probation, but noted on her application that the charges had been dismissed.

Applicants also are required to supply a host of details about any criminal violations. Padlock failed to provide any details about her arrest. She did not divulge the amount of marijuana she was carrying, the initial charges she faced, that she spent three days in jail or that she was ordered to pay a $30,000 forfeiture.

She was admitted to the law school and began her studies. Officials there didn’t learn of her criminal history until she joined a program that required a background check.

The law school chose not to discipline her and allowed her to finish school. She applied for admission to the state bar in 2019. This time she did include details of her crime on her application.

The Board of Examiners held a hearing last year on Padlock’s application. Two law school faculty members vouched for her, but her prospects dimmed further after she testified before the board that two weeks before she was arrested in 2015 she had participated in another drug run from Oregon to Wisconsin for $10,000. She had never revealed that to the law school.

Padlock argued that anyone could find out about her if they ran an internet search and assumed — wrongly — that the law school undertook its own investigations. The board denied her admission, calling her “dishonest and deceptive.”

But the Supreme Court said she can be a lawyer anyway. The majority said that the court in the past has certified applicants to the board despite an adverse determination from the board, six years have gone by since her arrest and the law school faulty vouched for her. The majority ordered the board to admit her with no conditions.

“Denying Ms. Padlock admission to the bar because of the shortcomings, even factoring in the Board’s perception that she minimized her misconduct, is simply too harsh a penalty under the circumstances presented,” the majority wrote.