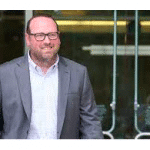 The Capitolist has all the lastest  on trial of  JT Burnette.

It sounds as though there’s more unravelling to come.

How will it affect his wife Kim Rivers and her company cannabis giant Truelieve?

Burnette & Rivers At The Game

During a secretly recorded 2016 conversation between J.T. Burnette — a Tallahassee businessman on trial for racketeering, extortion, fraud and making false statements — and undercover FBI agents, Burnette bragged about working with former state Representative Halsey Beshears (R-Monticello) to give an advantage to Burnette’s then-girlfriend and Beshears’ brother in their application to obtain one of the five licenses to grow and sell medical marijuana in Florida.

The conversation was played for jurors in the federal courtroom Tuesday during Burnette’s cross-examination by federal prosecutors. Burnette testified he and Beshears were good friends, having grown up together in Monticello. 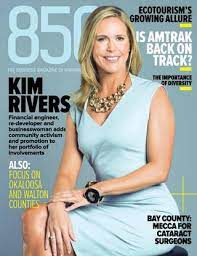 According to Forbes, Trulieve now operates across 11 states and is one of the largest companies in the U.S. marijuana market. Rivers is Trulieve’s Chairman, President and CEO.

On the recording, Burnette describes how he worked with then-State Rep. Halsey Beshears in 2014 to put “little tweaks” into the criteria for those applying for a medical marijuana license into Florida’s medical marijuana bill at the last minute, making it impossible for certain competitors to qualify for a license.

The added criteria required a nursery seeking an application to put up multi-million-dollar bonds, to have an inventory of 400,000 plants, and be in business for 30 consecutive years.

“Well, Halsey and I worked through it,” Burnette told agents. “I mean, it was one afternoon.”

He said on the recording he and Rivers didn’t know much about the medical marijuana business at the time. They just wanted what they knew would be a very lucrative license.