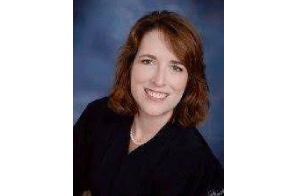 TALLAHASSEE, Fla. – Leafly and similar sites will be able to resume contracting with Florida medical-marijuana operators to allow patients to order products online, under a ruling issued Monday by an administrative law judge.

Florida health officials this year stopped medical-marijuana operators from using Leafly and other third-party sites to process patient orders, saying the arrangements violated a state law banning operators from contracting for services “directly related to the cultivation, processing and dispensing” of cannabis.

But Seattle-based Leafly Holdings argued that it is not engaging in activity related to the dispensing of cannabis products because the company does not accept payment for or distribute cannabis products to patients. The company filed a petition asking an administrative law judge to find that the Florida Department of Health employed an “unadopted and invalid rule” to conclude that the online services violated the law.

Judge Suzanne Van Wyk didn’t go as far Monday as Leafly requested, but she found that the ban on the use of the third-party sites amounted to an unadopted rule and ordered the state agency to “immediately discontinue reliance on its policy … regarding online ordering of medical marijuana through third-party websites.”

Until February, many of the state’s medical marijuana operators relied on Leafly and another well-known e-commerce cannabis company — I Heart Jane — to help provide online shopping services for Florida patients.

But many — if not all — operators canceled contracts with the e-commerce companies after receiving a Feb. 1 memo from the Department of Health threatening to impose $5,000 fines on those who continued to rely on the services.

The memo said the services were prohibited under a 2017 law that set up a structure for the Florida cannabis industry. The law requires medical marijuana operators to control all aspects of the business from seed to sale — including cultivation, processing and dispensing of products — rather than allowing companies to handle individual components of the trade.

“Contracting with Leafly.com, or any other third-party website, for services directly related to dispensing is a violation of this provision,” then-Department of Health Chief of Staff Courtney Coppola wrote in the February memo.

Health officials argued that the February memo reflected the agency’s application of the law to a particular set of facts and was not a rule.

“The department has no duty to promulgate what is clear from the statutory language,” Department of Health general counsel Louise Wilhite-St. Laurent said during a September hearing in the case. The February memo “is a simple reiteration of the law,” she said.

The memo “does not merely reiterate the statute, but places a construction on the statute that is not readily apparent on its face. The statute does not address third-party websites or online ordering,” she wrote in Monday’s 25-page order.

Seann Frazier, a lawyer who represents Leafly, asked Van Wyk to determine whether the agency’s policy amounted to an invalid rule, which, under administrative law, is different from an unadopted rule. But Van Wyk said she lacked the authority to determine if the unadopted rule was valid or not.

Leafly and similar sites allow patients to shop online, compare prices and view product availability at dispensaries. Patients can order products and be notified when their orders are completed, but customers have to pick up and pay for items in person at dispensaries. MMTCs pay the e-commerce companies for marketing, advertising and ordering services on a subscription basis.

Prior to the February memo, Leafly contracted with 277 medical marijuana retail locations throughout the state. After the letter, some of those dispensaries canceled their subscriptions and all have stopped doing online ordering, Leafly COO Ross Moulton said during last month’s hearing. Moulton estimated the loss to Leafly from the canceled contracts was at least $300,000.

In Monday’s ruling, Van Wyk also rejected the state’s arguments that Leafly lacked standing to sue the health department because the company could not show the exact amount of economic harm it incurred after the letter was issued.

Leafly “has sustained cancelation of real contracts,” she wrote.

The administrative law judge also rejected the state’s contention that Leafly lacked standing to challenge the health department’s action because the company is not regulated by the state agency.

Van Wyk acknowledged that the department does not directly regulate Leafly, the petitioner in the case.

But the Feb. 1 letter “had the collateral effect of regulating the activities petitioner can engage in as a third-party operator of an online website and application-based resource for cannabis information,” she wrote.