Research dedicated to federal marijuana regulation models is being funded by the National Institute on Drug Abuse. Of course, this isn’t the first time NIDA pushed to study marijuana, particularly as more states have been enacting legalization laws. However, this one specifically expressed interest in the various regulatory models in place across the U.S. 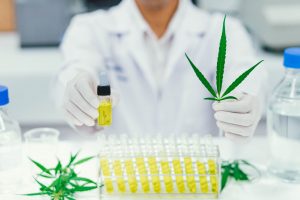 The study solicitation encouraged study applicants to have a focus on the evolution of cannabis law and policy in the U.S., as well as globally, and the impact that has on public health. In particular, it’s looking for researchers who can help analyze the quality of various regulatory schemes for cannabis product sales, with a special focus on which elements or combos are concretely shown to minimize potential harm to public health.

It’s worth pointing out that this seems to indicate the agency is no longer fighting against an end to prohibition, but rather leaning in to the general consensus that is likely inevitable at some point. The agency outright conceded that cannabis product policies and legislation in the U.S. and around the world have outpaced the public health knowledge we have on the subject.

Legalization of marijuana has been spreading incrementally since 1996. That is, of course, when California became the first state to legalize medicinal marijuana. Now, as of this writing, 18 states allow for recreational adult-use marijuana and 36 allow for medicinal use marijuana. The 2018 Farm Bill passed by Congress legalized hemp (including hemp-derived CBD) growth and sales.

In 2021 alone, we had New York, New Jersey, Virginia, Connecticut, and New Mexico all legalize adult-use marijuana. This is while 68 percent of Americans surveyed by Gallup believe marijuana should be legal for recreational use. What’s more, 18 percent of Americans freely admit to using it – up from 10 percent in 2005. There was also the House’s passage of the Safe Banking Act (which would have given marijuana businesses easier access to banking and axed the punitive tax rules currently applied to them). Even though it didn’t pass in the Senate, its progress was noteworthy. We also saw a proposed draft of a bill that would end federal prohibition – something our Los Angeles cannabis business lawyers and others have been waiting on for decades.

Legal cannabis sales in the U.S. last year crossed the $25 billion threshold – and it’s estimated to quadruple within the next 10 years.

The NIDA study is a strong indicator of what’s to come. But businesses may see some big changes before that. Political experts opine the SAFE Banking Act has a 50-50 chance of passing this year – noteworthy because its chances before this were always an uphill battle. Comprehensive reform at the federal level is unlikely to make progress until the SAFE Banking measure passes with bipartisan support, so our Southern California cannabis legal team will be watching it closely.