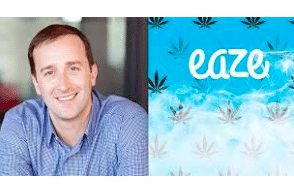 The former CEO of weed delivery app Eaze should get a light sentence after helping convict his alleged co conspirators in a scheme to conceal $150 million worth of federally illegal cannabis payments from banks, Manhattan federal prosecutors have said.

The government on Saturday submitted a so-called 5k1 letter for James Patterson, 42, who is scheduled to be sentenced this week. Patterson pled guilty in February 2021 to helping launder Eaze’s payments and testified the next month against businessmen Hamid “Ray” Akhavan and Ruben Weigand, both of whom were convicted of bank fraud. Despite Patterson’s admitted crime, prosecutors said the former CEO earned a…